Government Ayurveda College Hospital for Women and Children :In a bind

Govt Ayurveda College Hospital for Women and Children at Poojapura faces a crisis with the two gynaecologists being transferred. The posts were also abolished.

THIRUVANANTHAPURAM: The Government Ayurveda College Hospital for Women and Children at Poojapura, which got a brand new modern operation theatre and labour room facility, is now heading to a crisis with the government transferring the two gynecologists (allopathy) at the hospital and abolishing the posts.

The hospital is unique since it offers both allopathic and ayurvedic treatments under one roof. The two gynecologists have been transferred stating the hospital has not seen a single delivery after having one of the best operation theatres and labour rooms. The lack of necessary staff including anaesthetics, nurses and technicians is said to have led to the present situation. 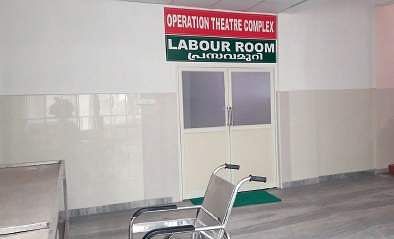 Though the government had promised to appoint gynaecology consultants, two staff nurses, a theatre technician and an anaesthesia technician, no posting has been done till now.Around six months ago the hospital, which is the first ayurvedic hospital in the state where cesarian sections can be performed, got a new operation theatre and labour rooms at a cost of Rs 1.13 crore.The theatre was equipped with all modern facilities.Talking to Express, hospital superintendent Dr Vijayakumar said the two junior consultants have now been transferred.

“This is going to create a big problem for the pregnant women who seek treatment at the hospital. These two gynaecologists were drawing the salary from the head of Ayurveda. Though they were transferred, they will be still drawing their salary from the same authority,” he said.The government had allotted the post of two junior consultants in the hospital many years ago as per the guidelines of the Central Council of Indian Medicine.He said as many as 70 pregnant women are undergoing treatment at the hospital now. Majority of them have delivery dates towards the end of the month.

“The situation will become really bad if the doctors are not reinstated and more posts created,” he added.
Pointing out the operation theatre is one of the best compared to any modern ones, Vijayakumar said no delivery or C-section was done in this new theatre after it was inaugurated.“The hospital urgently needs an anaesthetist, theatre technician, anaesthesia technician, blood bank technician and staff nurse. All these posts have to be created in order to overcome the crisis,” he said.

Vijayakumar said the hospital mainly caters to women and children from remote places. It has helped reduce the rush at the Women and Children Hospital at Thycaud.The hospital functions as a wing of the Government Ayurveda College. As many as 18 PG students, 70 BAMS students and 70 house surgeons are undergoing practical training at this hospital. Once the hospital stops functioning, it might lead to the de-recognition of the college.

The hospital offers both allopathic and ayurvedic treatments under one roof
The two gynaecologists were transferred citing the hospital has not seen a single delivery
The lack of necessary staff including anaesthetics, nurses and technicians is said to have led to the present situation

Stay up to date on all the latest Thiruvananthapuram news with The New Indian Express App. Download now
TAGS
Government Ayurveda College Hospital for Women and Children