Be it writing crime, romance, non-fiction or fiction — all of Sharath Komarraju’s works are steeped in mythology

THIRUVANANTHAPURAM: One thing that all the  stories of Bengaluru-based writer Sharath Komarraju have in common is that they are all set in the Indian epic universe. Starting from The Winds of Hastinapur (2013),  harath has written four books and 24 short stories to date. With his latest sequel to The Crows of Agra (2015), The Tree Bears Witness, a  istorical murder mystery,  he speaks about his passion  for folk fantasies, setting a fresh  perspective for his readers, and his upcoming forty-volume series. 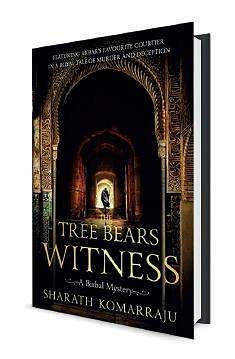 Coming from an engineering background, Sharath believes that  an IT job afforded him the time and mental space to pursue writing as a hobby that evolved into a career  later. “IT and advertising are the big industries of post-liberalisation India, so it is not surprising that of the people who have chosen to take up a career in self-employment  (particularly the arts), many belong to those two backgrounds,” he says. While saying this, Sharath is possibly referring to other engineer-turned-writers like Chetan Bhagat, Durjoy Datta and Ravinder Singh.

Myths revisited
What draws him to myth-ology we ask him and he says,“Since they are the epics, people might have already heard different versions of the stories. Unless you can bring  in a fresh perspective or expand the universe, there is not much point taking up that genre.” Speaking about the challenges during writing, he adds, “I try and speak into the silences left behind by the myths or history. So the amount of research required is minimal, besides being careful not to distort the material too much.”

For instance, in his latest book, he takes us into an imaginary world of Akbar-Birbal tales that we all grew up listening, but does not touch upon Emperor Akbar from our history books. Sharath’s knowledge of the epics like the Mahabharata and the Ramayana grew over the years, starting with his mother, then Amar Chitra Katha, and later from writings of people like Irawati Karve and SL Bhyrappa. “I discovered that the closer you get to the source, the deeper and more satisfying the tales are,” he adds.

Decoding epics
The author forecasts mythology to be the riding wave at the moment. His tip for aspiring writers is to step into the genre only if your love is genuine, not because you think it’s the ‘in thing.’ This year, he will be writing a forty-volume work on lesser-known stories, calling it  2002 Lesser Known Tales From The Mahabharata. With the first six volumes already out, the next three can be expected by the year-end. He also wants to explore noir crime in 2019.The Tree Bears Witness is available at `350 on Amazon.