Though the spirits are high and rituals in place, city residents give safety priority

THIRUVANANTHAPURAM: With the pandemic looming over the state, people in the city celebrated Bakrid in a low-key manner. A few organisations and volunteers associated with different mosques ensured that the people who couldn't perform Qurbani, the ritual sacrifice, got the dressed meat delivered to them with safety precautions. 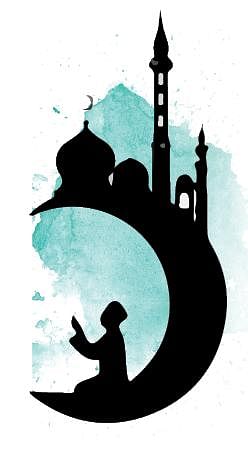 Many organisations turned to alternative options anticipating restrictions. Arrangements for collective sacrifices had been made by various organisations. This time, the ritual sacrifices are being done in two ways. The first was the sacrifice being performed and delivering the dressed meat to various houses. The second was performing the same on behalf of donors and distributing the meat among the needy by volunteers.

Nizam Saleem of Poonthura Puthanpally Muslim Jamath who arranged for collective sacrifices said: "We could manage to bring only 15 goats for the ritual sacrifice. Contrary to the general practice, we are delivering the dressed meat to houses. Although people are in misery owing to the pandemic, we considered delivering the meat to people residing near the mosque and helping those in financial crisis."
While most mosques remain closed, some provided live coverage of the prayers through their respective YouTube channels and other social media platforms.

"Unlike previous years, prayers were not conducted in the mosque owing to the decision taken by the community leaders. Everything was done as per protocol and people offered prayers from their homes," said M S Rafi, president of Paruthikuzhy Juma Masjid.

"We have a complex near the mosque where we usually perform the sacrifice. Slaughtering and dressing of the meat will be done following the safety protocols by our team of 20 committee members. The dressed meat will then be packaged and delivered to people," said Rafi who has made arrangements for the ritual sacrifice to be held on Saturday. He also added that all the safety protocols such as wearing masks and gloves are being followed by the volunteers who will deliver the meat or distribute them to the needy. The complex will also be duly disinfected from time to time.  Even clothing stores were barely open since most people refused to step out due to the restrictions.