Tik Tik - Made in India: A Malayali app to beat ‘tiktok ban’ blues

Engineering student Ashish’s app ‘Tik Tik - Made in India’ has been downloaded 30,000 times.

THIRUVANANTHAPURAM:  The Centre’s ban on TikTok came as a shock to many across the country. The app, which primarily served as a source of entertainment, was a platform to perform. A few users even attained minor celebrity status on social media. However, a city-based engineering student has made it his mission to save all those mourning the ban on the Chinese app by building a perfect substitute app called ‘Tik Tik - Made in India’.

The app, which was launched in Google Play Store soon after the ban, has already been downloaded 30,000 times.

“I had earlier uploaded the app under the name BlogsApp. Once TikTok was banned, I renamed and re-launched the app as ‘Tik Tik’. I named the app ‘Tik Tik’ so that people easily register the name. That slight tweaking seems to have worked,” says Ashish, who is a third-year IT student at University College of Engineering, Kariyavattom.

Ashish claims that his app is better than TikTok in terms of user experience. “TikTok had a one-minute limit to upload videos. With Tik Tik, you can record videos of any length,” he says. However, the popular duet segment of TikTok isn’t available on Tik Tik. “A user can shoot, upload and edit videos in the app. Regarding editing, users can trim, join, add audio and apply transitions. This will enable the user to create high-quality video content,” he added.

The app also comes with a chat feature. With the number of users increasing on a daily basis, Ashish now has to upgrade the server to tackle traffic. “The response has been overwhelming. However, upgrading the server is an expensive affair.” Ashish has been looking to market the app. “I was planning to advertise the app through TikTok and that is when it got banned. I will use social media platforms to get more reach. Also, with downloads mounting, I’ll have to recruit people for monitoring security, development and back-end operations,” he says. 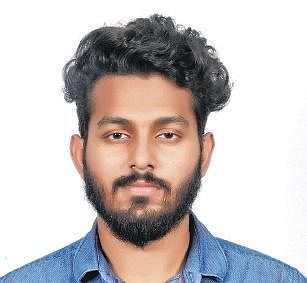 The Pongumoodu-native was interested in software development even during his schooldays. “I shifted to app development later as it had more scope in the market,” he says.

He has developed an app called ‘Plugsup’ for his college’s internal communication purposes and another app called ‘Prime Restaurant’, which can be used by restaurants to communicate with their staff. “I have designed a new social media platform as well,” he adds.

Ashish’s friends and teachers are very supportive of his initiative. “My parents are excited as I always dreamt of being the creator of a popular app. My sister was an active TikTok user. Now, she has started using my app and I’m waiting for her suggestions and feedback,” says Ashish.

More from Thiruvananthapuram.
Now we are on Telegram too. Follow us for updates
TAGS
Tik Tik made in india