‘People are recognising me a lot and I’m loving it!’

Which Test cricketer is everyone crazy about? After that red-hot 303* against England,  Bengaluru-based Karun Nair has cricket addicts going crazy right about now. As expressive and flamboyant as he was with the bat, he’s the complete opposite off the field, as we discovered when he returned home from Chennai. Whether this is a sign of things to come or not, we decided to ask the reticent 25-year-old what he’s looking forward to in 2017. Surprisingly, he let on more than we bargained for! Excerpts: 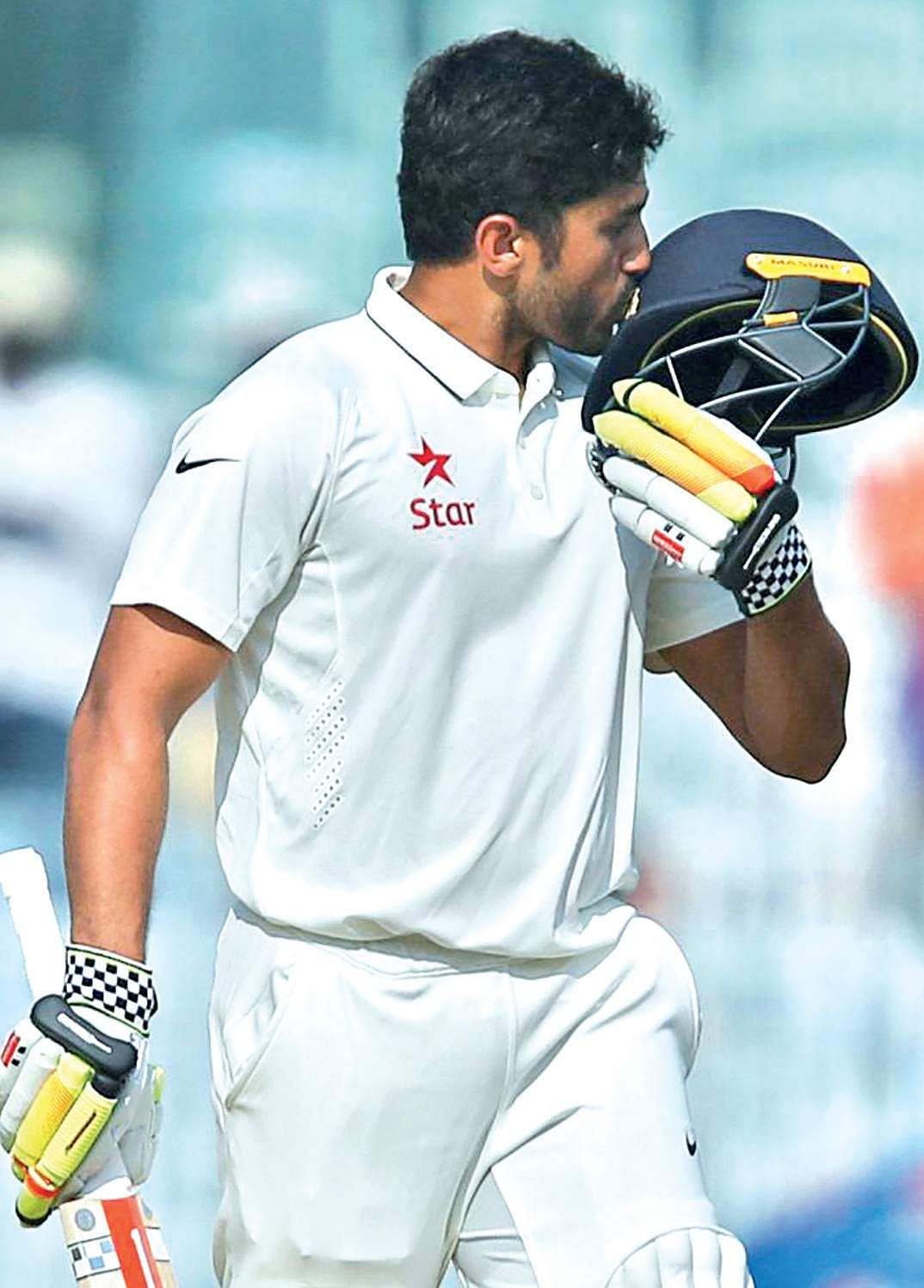 When did you begin playing cricket?
Is there a special childhood cricket memory?
I started playing cricket at the age of ten. I’d go to Koramangala Cricket Academy near my house where I trained under B Shivananda. That is where I started off. A perk that I had was that my parents were very supportive from the beginning. In fact, it was them who urged me to join the academy.

How are you enjoying your new celebrity status after hitting the triple century?
People are recognising me a lot more these days. I’m quite enjoying the moment. But this is just the beginning (laughs).

How would you usually spend a weekend in Bengaluru?
When I’m home I would probably be training in the morning on a normal weekend. I’d go out on a Saturday night, enjoy myself and take a Sunday off just like every other person.

And what is it that you do to unwind and chill?
I’d watch TV shows and movies on Netflix. I also play games on my Play Station.

Game time
Karun’s only hope in 2017 is to represent India in all three formats of the game Before he hits 30
Karun hasn’t given much thought to what he’d like to achieve before turning 30. But he would probably want to build his dream house and buy his dream car