Vacancies that nobody wants to fill

Diana Sahu finds about the vacant seat crisis in Odisha, where the government’s decision to increase degree and junior college seats is failing to hit the mark

It is a classic case of more supply than demand as far as higher education in Odisha goes. Seat vacancies in degree and junior colleges of the State seem to have become a common thing today.
For the last two academic sessions, the Department of Higher Education(DHE), Government of Odisha, has been increasing the seat strength in both Plus Two and Plus Three colleges by 10 to 20 per cent with an aim to increase the Gross Enrolment Ratio (GER) in higher education. However, most of these seats are remaining vacant.
Sources said the DHE increased the number of seats in Plus Two colleges by one lakh this year as well but, the demand has been much less. Apparently, there are 70 junior colleges that have witnessed zero enrollment this year. 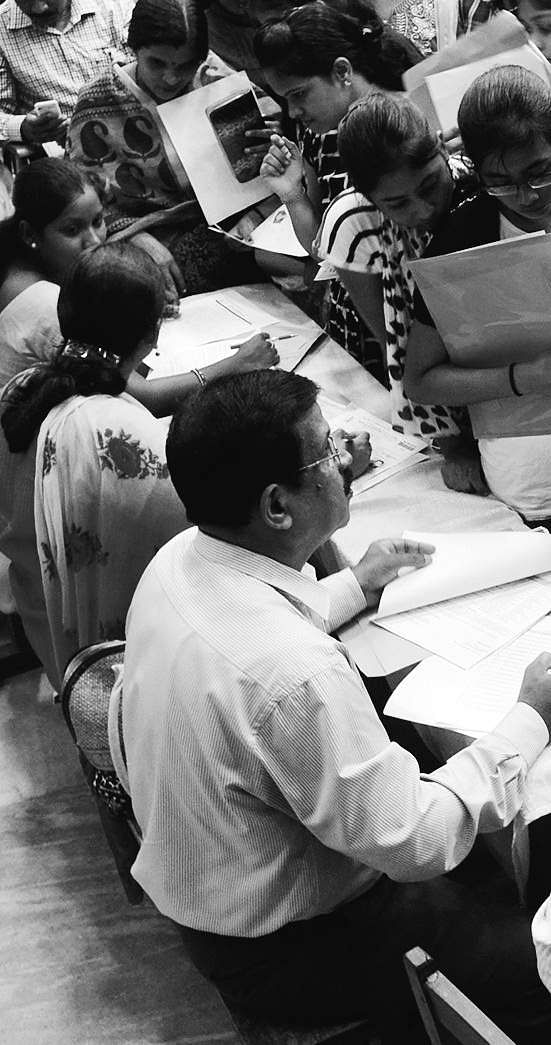 Consider this: Of the total 4,19,061 seats in three streams of Arts, Science and Commerce in 1,565 Plus Two (junior) colleges, 73,900 seats are still vacant. The Arts stream has a total of 2,35,047 seats but 11,050 of them have found no takers. The Science stream, which is the most sought after, has 1,39,938 seats but 46,573 of them are vacant. In Ganjam district, which has 116 junior colleges, there has been no admission to 6,329 Science seats against the revised student strength of 17,026. Similarly in Khurda district which has the highest number of 132 colleges - a majority of them being self-financing colleges - there has been no admission to 6,692 seats of the total 17,888 in Science. In Cuttack district having 101 Plus Two colleges, 3,515 of 11,232 Science seats have remained vacant.
When it comes to Commerce stream, at least 16,277 seats of 44,076 are vacant in total. While the vacancies have been noticed in self-financing colleges in interior pockets of the State, in popular institutions like Ravenshaw Junior College and BJB Junior College, the vacancy figure is nominal.
A majority of these vacancies have been reported from private or self-financing junior colleges, informed officials in the DHE.

The last five years have seen a growing number of private  junior colleges. Currently there are 418 self-financing self-financing junior colleges in the state. Of these about 80 colleges operate in and around the Twin cities of Cuttack and Bhubaneswar.
Sources said  there is a large chunk of HSC pass-outs that is now opting to take admission to Class XI and XII in CBSE and ICSE schools and those from rural areas opt for vocational courses, skill-training courses, ITI, polytechnic and diploma courses, as a result of which, seats are remaining vacant in junior colleges.
The situation is more or less similar in degree (Plus Three) colleges as well. Around 43,000 seats have been left vacant in the 788 degree colleges.

Higher Education Minister, Pradeep Panigrahy said that the number of seats in junior colleges were increased to not only meet the demand of students opting for Plus Two, but also help the department in increasing the GER. The GER in 18 educationally-backward districts is much below the national average of 18.8 per cent. Apparently, while GER of the State is 14 per cent, in neighbouring Chhattisgarh it is 20 per cent and Andhra Pradesh 21.60 per cent. Panigrahy said the matter would be reviewed to find out the reason behind the decreasing admission.
Education activists, however, feel otherwise. “This exposes the fact that the sanctioning of new Plus Two and Plus Three seats was not done after study of the actual requirement. These vacant seats also reveal that the benefit has not reached those students who actually needed it,” said Basudev Bhatt, an education activist.