Nobody wants to work with waste after graduating from college. Except Mathew Jose aka The Paperman. Jasmine Jerald chats up the tech-savvy recycling kingpin

Straight out of college, how many of us would choose to work for a not-profi t company that is into waste management? In 2010, Mathew Jose, founder of Paperman, was working with ExNoRa when he was introduced to the world of recycling and waste management. ExNoRa also focusses on creating awareness on global warming and educating people on the importance of recycling. In a year’s time, he saw the real need in the space. 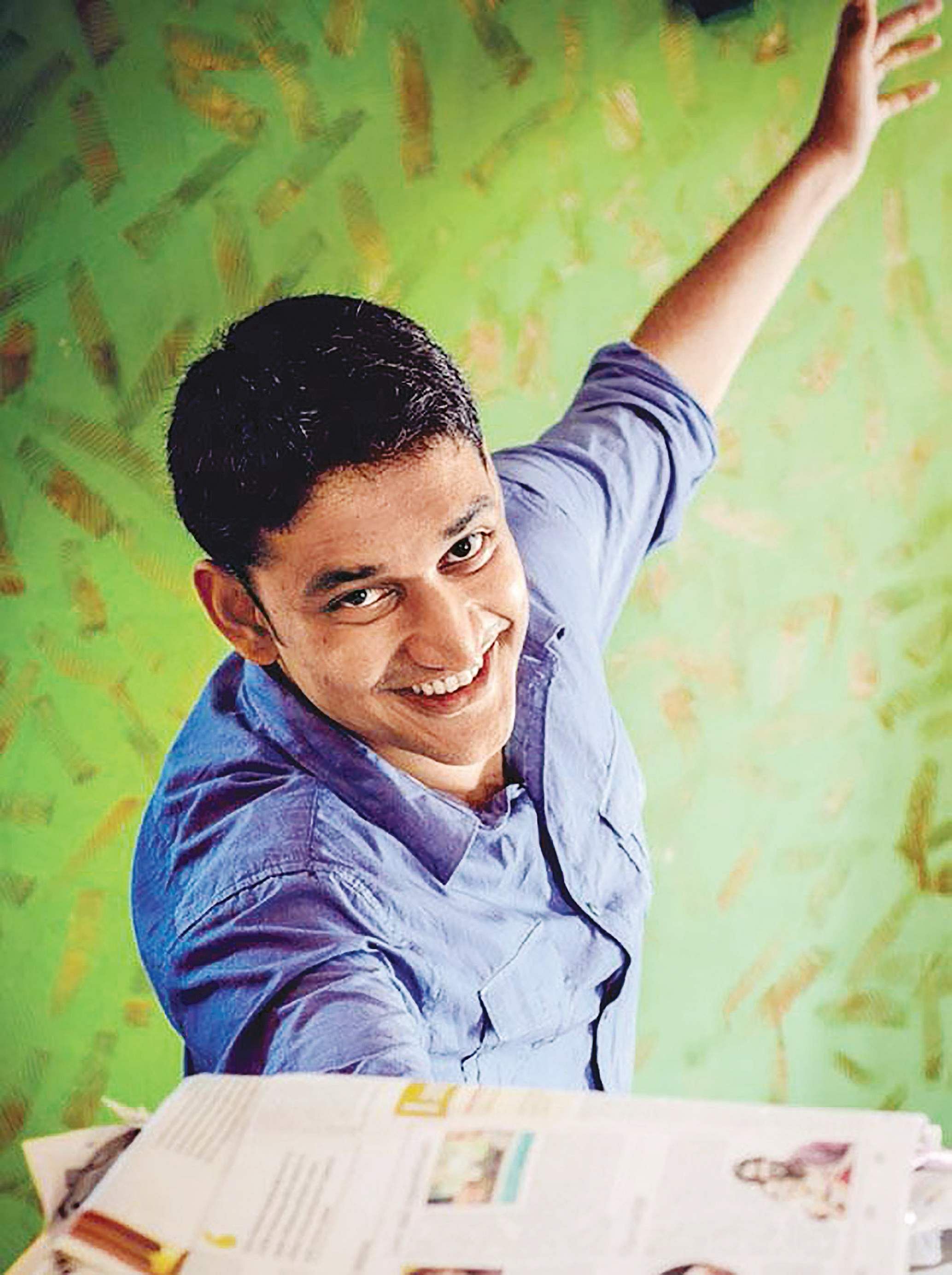 That’s when he decided to start Paperman in Chennai. “We are a country of 125 billion people and our GDP growth is at around 7.5%. In the next decade, we are expected to be the fourth biggest economy. So, you can imagine how our consumption will increase. I am not denying that it’s a good thing but we don’t realise how much waste we will end up generating. A city like Chennai throws away 6000 tonnes of waste on average, every day,” explains the 28-year-old. Mathew says that most of that can be recycled and that’s exactly what Paperman works toward. “When I started, I saw a gap and a demand that needed attention. So, I quit my job and I started working with schools. I strongly believe that educating children about recycling and helping them be eco-friendly at a young age is more effective than trying to educate adults on the importance of the environment.

I actually like working with kids,” smiles Mathew. He started organising small paper retrieving drives at schools and then he started Recycle Week, a competition between 200 odd schools to collect old newspapers and recycle it. The money raised went towards educating girl children. “This gets students to be more responsible and helps them understand that we can do simple things to do our bit for the environment as well as the society. We sent hundred girls to school that year using the money from the drive. It defi nitely taught them that even small things count,” says Mathew. That’s when he felt that children need to have a more stable environment that constantly reminds them to be more responsible with their waste. So, he introduced a miniature Paperman model called Recycle Wall to 14 and 15-year-olds, where they will take it up as a year-long project to reduce the waste in their school. It teaches them to build an entrepreneurial spirit as well as the importance of charity. 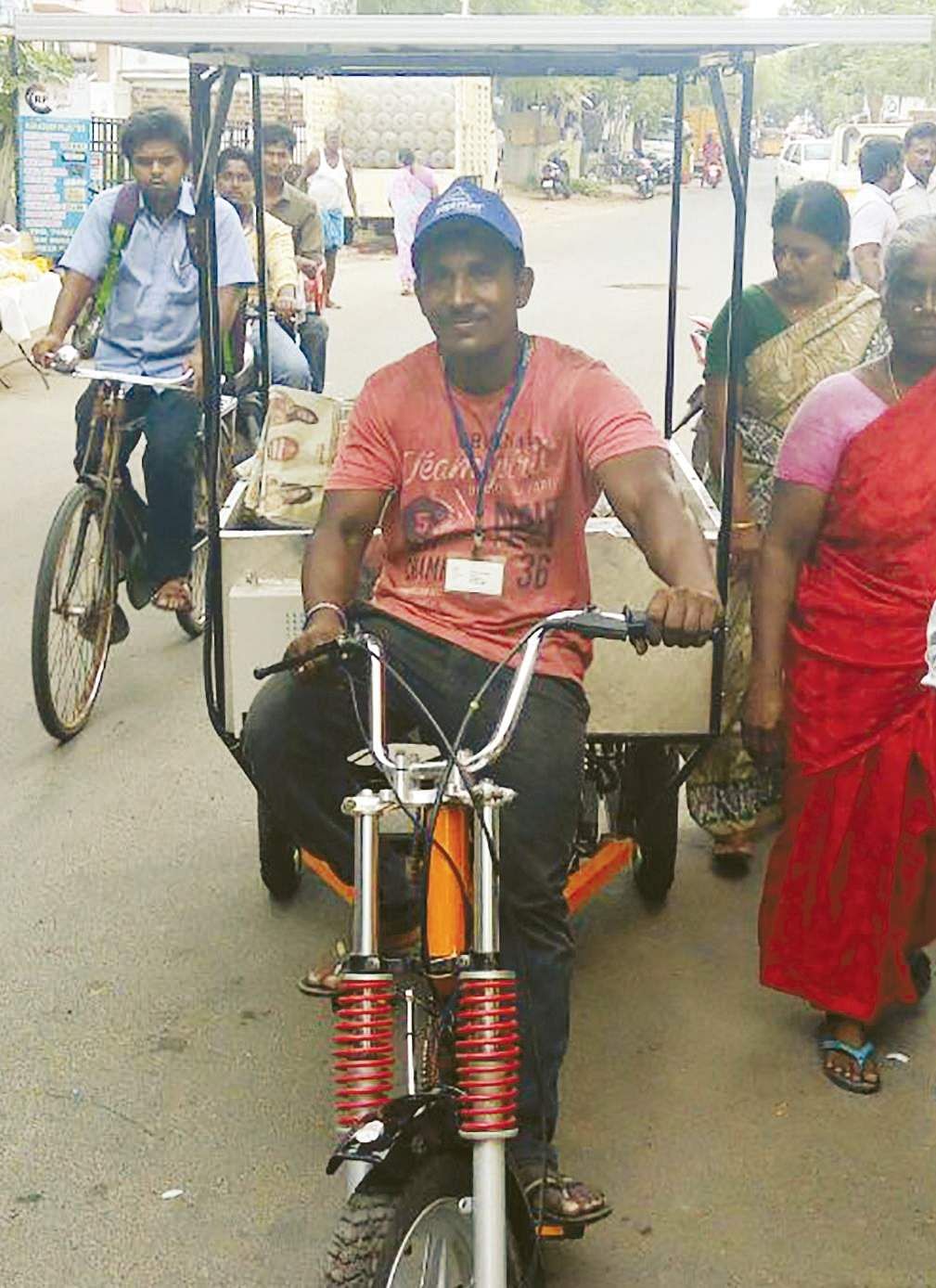 Almost fi fteen schools in the city participated and the results rather surprised Mathew, causing him to take it forward with corporates and households. “In 2014, we began our collection operations, where I connected with 270 local kabadiwalas from different parts of the city. So, our role is to put anyone who wants to recycle their waste in touch with a kabadiwala in their area. Paperman can even be called ‘The Uber for Recycling’. We have a call centre and a very active WhatsApp helpline to assist people. You can also visit our website or download the mobile app that’s in the beta stages, where you just need to fi ll in your address and choose a slot for them to pick up your waste at specifi ed rates for each material,” says Mathew.

There’s something unique about Paperman called Trash Funding. What if we tell you that you can donate to charity using your waste at home? It sounds like an odd idea but all you have to do is switch your option of collecting cash from the kabadiwala to choosing any of the forty plus NGOs listed with Paperman and the money will be redirected. Some of the NGOs that you can support are Teach for India, Prathyasha, Aruwe and many more. But sadly, not many of us know about this innovative charity drive. He says that it will take some effort to store plastic or glass bottles for recycling, but we have to realise that it might just be a drop in the sea to do our bit for the environment. “I hope you know the state of the landfi lls in the city.

The ones in Perungudi and Kodungaiyur, with years of the city’s garbage, is now a small hill of waste and the one in Pallikaranai is actually a bird sanctuary, but we use it as a dumping ground,” says Mathew. And it’s completely messing up our ecosystem. Many countries have regulations to contain the emissions in a structured manner but that doesn’t really help. Residents who live near the city’s landfi lls have protested and signed numerous petitions over the years, but we still don’t have a solution. Mathew says that 40% of this total trash could have been recycled. But how many of us actually allocate time to segregate our waste into biodegradable and non-biodegradable? “Many of us are still not giving importance to recycling. Earlier, the women in the family would treat the money they got from the kabadiwalas as a source of income for their daily expenses, but now we don’t bother to give recycling importance as our disposable income is high,” explains Mathew.

Paperman charges 5% of the total revenue of the kabadiwalas as a fee for giving them the business. Paperman has a very small team of three including Mathew Jose as it is a highly decentralised business model with 270 men on the fi eld. Mathew says that he’s looking for fi nancial support to make Paperman sustainable. They have plans to expand it to other cities like Bengaluru and Hyderabad, but right now they are on a mission to raise awareness of the situation. “In these six years from the start of Paperman, we haven’t solved anything ground-breaking for the environment. We just provide an alternate solution for your trash, but we still have a long way to go. Our vision is a world without landfi lls where more material is recycled and we have less wastage,” smiles Mathew. Unless each of us realises how important waste management is to make the world a better place, we aren’t far from living on a planet like the one in the movie Wall-E. On this scary note, let’s be judicious with our trash. Happy Recycling!