KAI high: this device may make your mouse obsolete

The KAI may look like nothing more than a fitness tracker. In fact, people might not even notice you wearing it, but what this little device can do is way beyond your imagination. This futuristic wearable is revolutionising human-computer interaction using hand gestures. In short, you might not need a mouse to access your project on the laptop; you’ll only need to move your hand. 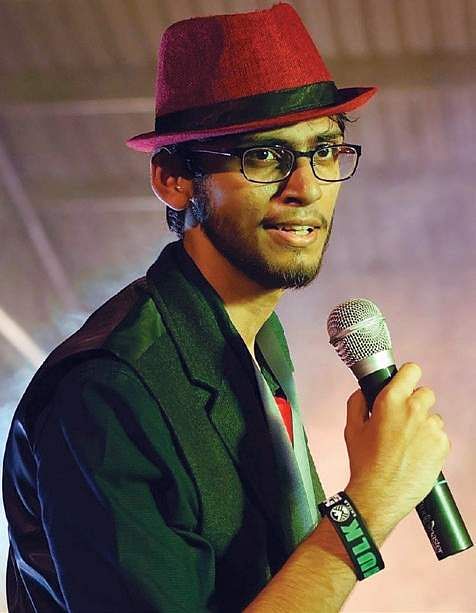 Sounds amazing right! Ready to hear something unbelievable? The KAI is the brainchild of two 20-year-olds, Adarsh Warrier and Abhishek Satish, engineering students from VIT, Vellore. They created the minimalistic wearable that crowned them the victors at Demo Day 2016.

“Imagine you’re a car designer. Usually, if you want to look at a specific part of your design, you will need to use the mouse to scroll to that section. But here, just wear the band, imagine that you have a 3D model in your hand, and move it. The KAI senses your movement and you can see the part that you want to zoom in on displayed on the screen,” explains Adarsh.

With an idea that sounds like something out of Iron Man, this student duo broke new ground at the Intel Hackathon in Pune. “Abhishek had conceptualised the original design when we were at the hackathon last year. And within 24 hours, we created our first prototype called Mark 1. This could control a light bulb as well as a computer with different gestures,” he says.

The only trouble they faced, was that their invention didn’t have a company registration. This prompted them to set up their own start-up, Vicara Tech that houses Project KAI. “Our vision, when we started the venture, was to set up an electronics-hardware ecosystem in India, rivalling that of America and China. With the rise of IT, app-based start-ups have been on the rise, but everyone ignores the significance of hardware in our economy. We want to change that and make India self-sufficient in that aspect,” says Adarsh.
Reach Out: vicaratech.com