She cut her hair, tortured herself and posed as a kidnapped person in the 2014 psychological thriller by David Fincher, Gone Girl. Rosamund Pike, who was seen playing the role of Amy Elliott Dunne, Nick’s (Ben Affleck) wife, is back on the big screen opposite Christian Bale, this time for Scott Cooper’s Hostiles. Set in 1892, the film has Rosamund portraying the role of Rosalie Quaid, a suicidal widow who undertakes the harrowing and perilous journey after the murder of her family on the plains by Comanche Indians.

READ our review of 'hostiles' HERE

Tell us about the story of Hostiles.

As a publicity stunt, a soon-to-be retired cavalry captain is asked to escort a dying Cheyenne chief back to his family burial ground. I think that the United States army would’ve never contemplated had there not been, rather started to be, negative press back east talking about the treatment of native Americans. They did this as a gesture towards pleasing the negative voices against them. It’s a sort of supposedly benign gesture that actually has tremendously hostile undertones. 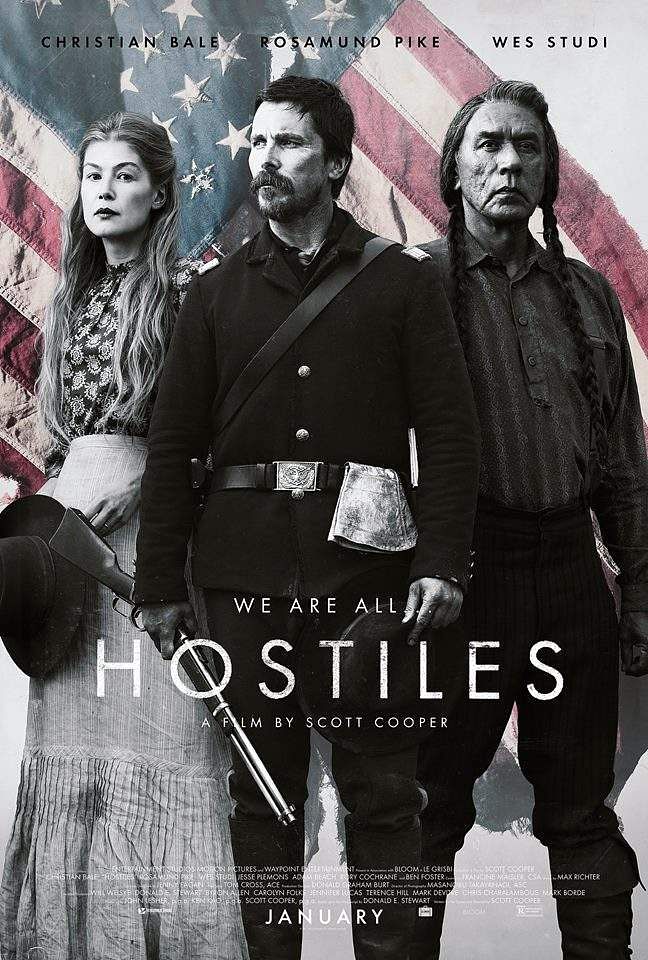 How was Christian Bale as Captain Joseph J Blocker?

There would obviously be no movie without him. I think as a leader of men, he is untouched in the acting world at the moment. He has all the gravitas for it. He was perfect as Blocker who is kind of quiet in nature, but is coupled with rage and wildness. That character needed Christian. When you see him on the screen you just see that he’s a soul that fathoms deep, and that is what you get when you hire him.

Tell us about Scott Cooper as a director.

Scott is extraordinary. He gives you this confidence to try anything while making you feel totally protected, supported and safe. I trust his judgement and his taste. That is always what makes me feel free.
If I have confidence in a director and I trust their judgement, I can be completely free and that’s where the real joy of the job lies.

Any message about the film for the fans?

The story is quite simple and yet, as you work on it you realise that there’s so much in it. The human landscape of it is vast, the journey of the soul is momentous and mighty, and it is tremendously exciting and subtle.

Now we are on Telegram too. Follow us for updates
TAGS
Hostiles Rosamund Pike Christian Bale Gone Girl actress