Here are five movies from the silver screen to checkout as the world observes the 80th anniversary of the war in which over 70 million people lost their lives worldwide.

The current generation only knows of the greatest man-made disaster through history lessons and popular culture. Here are five movies from the silver screen to checkout as the world observes the 80th anniversary of the war in which over 70 million people died worldwide.

If you ever plan to make a war-drama, make sure you do it the Steven Spielberg way. Arguably the finest movie ever made in this genre, "Saving Private Ryan" has the combination of some great acting, screenplay, visuals, music and literally everything else. The opening 27-minute sequence of the attack on Omaha Beach on D-Day simply hooks you, and then there is no leaving the screen until the credits start rolling. A country at war has got the responsibility to safeguard the faith of its people, and that is why Private James Ryan should be found from somewhere in the frontlines on Normandy and sent back to his mother, who has lost all other three sons to the war. Tom Hanks is inimitable as Captain John H Miller, a battle-hardened school teacher-turned soldier, who leads a small group of soldiers across enemy lines to find young James. Though hopeful they can go home if they complete the seemingly impossible mission, Miller feels he is getting further from home with each man he kills. The group finally finds the Private with a band of soldiers preparing to defend a bridge from an imminent German attack, who he says are "his brothers now." If he makes it out alive, Ryan should lead a life worthy of so many men's sacrifice. But can he do it? "Whoever saves one life saves the world entire." If you haven't seen the Academy Award-winning masterpiece by Steven Spielberg, then you don't deserve to leave this world yet. Shot in black and white, this American movie is considered one of the best cinemas ever made and undoubtedly restores our faith in humanity. Liam Neeson plays Oskar Schindler - a Nazi Party member who arrives in German-occupied Krakow with the sole intention of making profit. He bribes officer after officer as he sets-up his factory, employing Jews, or in other words, cheap labour force. But as the construction of a concentration camp in the city is completed, Schindler witnesses the horrendous realities of the holocaust and his agenda switches to saving as many lives as he can from Lieutenant Amon Goth (Ralph Fiennes) and his man. He spends all his wealth to save and shelter Jews and makes the "Schindler's List" so they can be excluded from being transported to camps. With the Red Army approaching the city, the industrialist should escape with his wife as he is Nazi himself, but he manages to save his workers from soldiers who come to execute them, telling them this is their chance to "return to their families as men, instead of murderers." The director once said he was unsure at one point if he was ready to make a movie on holocaust. You sure was Mr Spielberg, you did an amazing job. 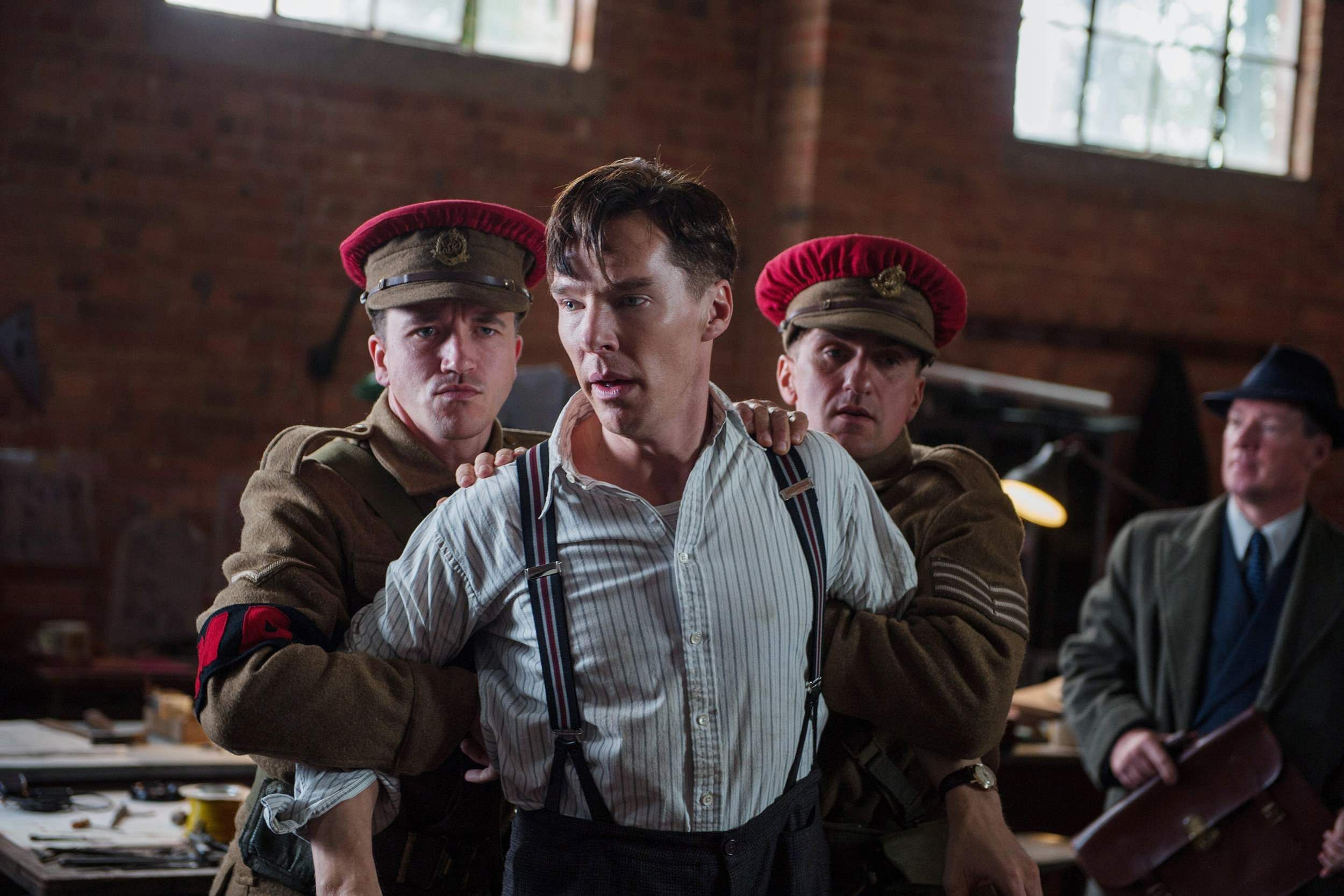 How do you treat the man who cut short the great war by two years at least and thereby saved over 10 million lives? Benedict Cumberbatch is probably Sherlock Holmes or Dr Strange for you, but he is quite brilliant as Alan Turing - the British cryptanalyst who broke the German enigma codes and turned the tide in favour of the Allied forces. The movie follows the work of cryptographers at Bletchley Park as they try to intercept the German transmissions. They fail time after time before Turing's brainchild 'Christopher' the machine finally yields results pinpointing where the Nazis will strike next. However, Turing was rewarded with no post-war honours and was put under government-sponsored chemical castration as he was a homosexual. He named his war-winning creation after Christopher, his childhood love who lost his battle with tuberculosis. The secrecy of the mission kept him an unsung hero of the war to the world and the hormonal treatment derails him physically and mentally. Though his former associate Joan Clarke (Keira Knightley) tries to convince him of the lives he saved, Turing commits suicide at the age of 41.In 2013 Queen Elizabeth II granted Turing a posthumous Royal Pardon, honouring his unprecedented achievements.

How do you remember the Imperial Japanese Army fighting the World War? Time after time the western movies portrayed them as fearless in heart and ruthless in action and that is exactly why this Clint Eastwood movie stands out. In spite of realities including merciless leader, mindless strategies and suicidal attacks, LFIJ shows Japanese soldiers breaking bread together, sharing a light moment and sympathising with a dying enemy. We see them fall prey to dysentery and starvation even before the air raids begin and happily surrendering for a bowl of rice in return and sob uncontrollably as all hope is lost. Eastwood chose to narrate the battle of Iwo Jima from both sides of the battlefield, but this movie was miles better than "Flags of Our Fathers", which was also released the same year. It also breaks the stereotype of glorifying the US Marines, whom we see shooting hungry POWs at point-blank. The historic battle is a crucial episode in WWII as it was a perfect take-off spot for the Allied powers to attack the main islands and obviously the Japanese were hellbent not to surrender it. 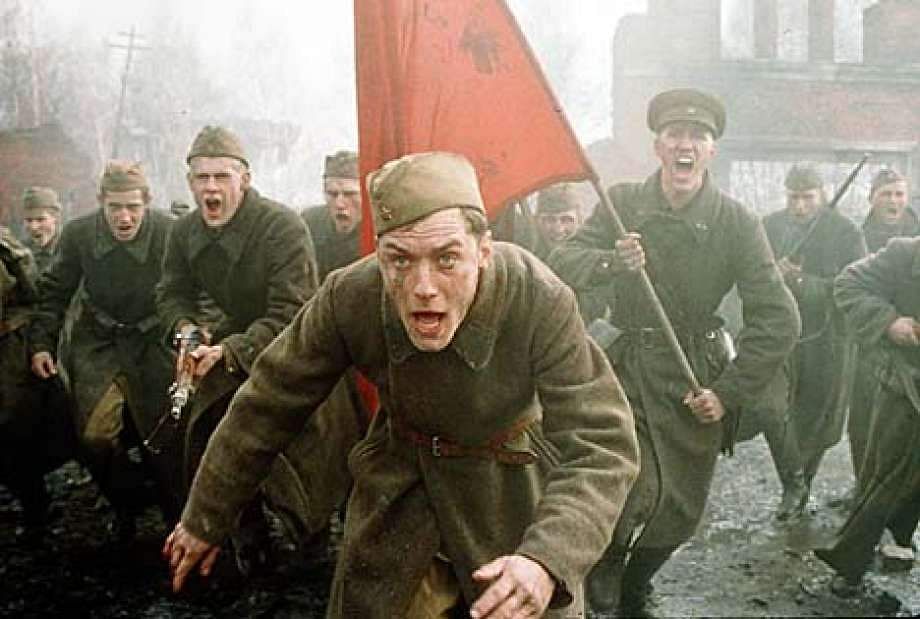 Hitler's decision to invade Soviet Russia seemed the right move until the battle of Stalingrad (modern-day Volgograd). That was the first major blow to the Germans in the Soviet soil and the Red Army's march started from the city only stopped after raising the red flag at the German Reichstag. "Enemy at the Gates" tells the story of Vasily Zaytsev (Jude Law) who becomes a propaganda hero in Russia due to his brilliant marksmanship. The morale in the Russian camp is low and the Communist regime needs to find some not so iron-fisted ways to motivate the troops. Commissar Danilov's (Joseph Fiennes) plans to produce figures for people idolise works out well as Vasily hunts down high-ranking German soldiers one after another. He is made a hero by the Army-run military newspaper and the Germans deploy Major Erwin König (Ed Harris), a renowned marksman and head of the German Army sniper school to finish him. And thus begins the face-off between the two snipers. Director Jean-Jacques Annaud also hints at the failure of Soviet missionary including poor treatment of its soldiers. Bob Hoskins shows up as Nikita Khrushchev and lands a few lines and Ron Perlman also impresses as rifleman Koulikov. The movie is important because sans Russia, it wouldn't have been so easy to defeat Hitler and the film pays decent tribute to the people of Stalingrad.