Since returning to Los Angeles from Italy, Cyrus and Carter have been inseparable.

WASHINGTON DC: "The Hills: New Beginnings" star Kaitlynn Carter celebrated her birthday with none other than her rumoured girlfriend and singer Miley Cyrus.

The duo was dressed to the nines on Wednesday evening to celebrate Carter's 31st birthday, which she also documented in a series of now-deleted black-and-white pictures on her Instagram Story.

For the special day, Carter wore a long-sleeved, black mini dress and black high heels as she cuddled next to the singer in the photos, reported People. Meanwhile, Miley opted for a long-sleeved, white button-down shirt and black slacks. 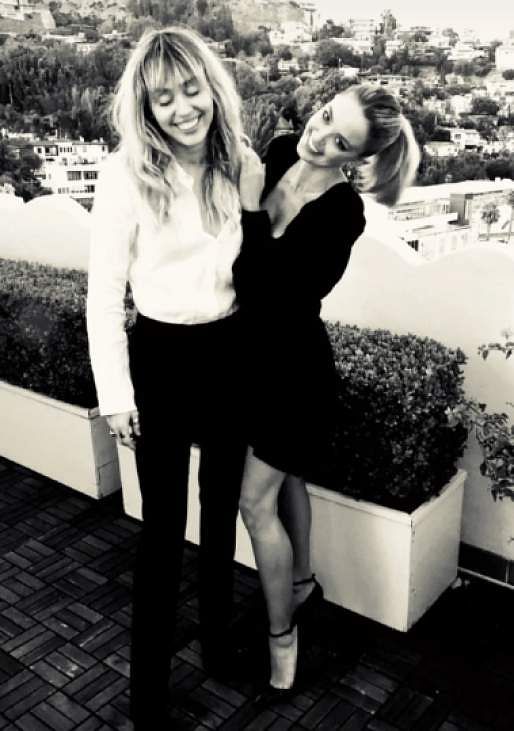 Apart from the pictures, the birthday girl also shared a number of videos from the celebration in which she can be seen sitting at a table in front of a big ice-cream sundae, with a candle on the top, as the gathered group, including Cyrus, who was seated next to her, sang "Happy Birthday". 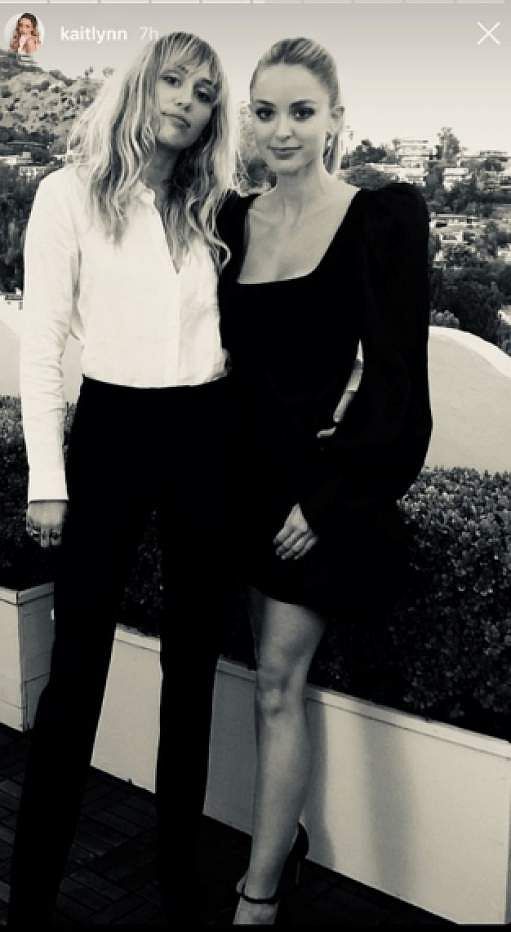 Cyrus' older sister Brandi Cyrus also showered some love on the birthday girl, sending well wishes with a photo she shared on her Instagram Story on Wednesday.

"Happy Birthday @Kaitlynn!" Brandi wrote on top of an image of herself with the reality star and her sister, sitting side-by-side aboard a boat on Lake Como from the group's recent vacation to Italy. The Italian getaway was the first time Cyrus and Carter, who recently split from husband Brody Jenner, were snapped kissing following the news that Cyrus and her ex, Liam Hemsworth, had decided to call it quits.

Since returning to Los Angeles from Italy, Cyrus and Carter have been inseparable. The two have been spotted together on multiple occasions, including at last week's MTV Video Music Awards in Newark, New Jersey.

MTV cameras briefly caught Carter placing her hand on Cyrus's head backstage before the singer performed an emotional version of her break-up anthem 'Slide Away' at the award ceremony.

They were also spotted on an LA lunch date on Sunday with the singer's mother Tish Cyrus. In photographs from the outing, Cyrus wrapped her arm around Carter's shoulder as they both smiled, wearing matching white T-shirts.

"They live together and are very happy. Miley is doing great. She is moving on. She seems to have no regrets. She loves being with Kaitlynn," a source close to Cyrus told PEOPLE at that time.

Cyrus and Hemsworth first met in 2009 on the sets of 'The Last Song'. They began dating shortly after that and made their red carpet debut as a couple in 2010.

They've had some bumps in their romance over the years. The two were dating on and off before Liam proposed in 2012. They called off their engagement a year later and reconciled their relationship in 2015. They officially tied the knot at their Nashville home in December 2018.