The Lord of the Rings to Toy Story, six Hollywood trilogies to binge-watch on last six days of COVID-19 lockdown

A movie a day not enough to keep you busy? How about three then!

A movie a day not enough to keep you busy? How about three then! Even better if they belong to the same series dealing the same place, plot and people? Here are six Hollywood movie trilogies that can keep you occupied (and leave you satisfied) for the next six days. These are not the best by all measures, but definitely some of the finest across genres to rewatch or experiment with. Happy binge-watching once again.

#1 The Lord of the Rings

Fantasy adventure at its finest, this trilogy was the movie wonder at the beginning of this century. Peter Jackson's movie adaptation of JRR Tolkien's novel of the same name, these films used some path-breaking graphics and visual effects. The plot follows an all-important journey of two Hobbits, who race against time as evil looms over the existence of 'Middle Earth'. When humans, elves, dwarves and everything good join hands in resistance against the invading darkness, 'Lord of the Rings' produced arguably the finest war sequences ever made in history. Result? 30 nominations and 17 wins at the Oscars! 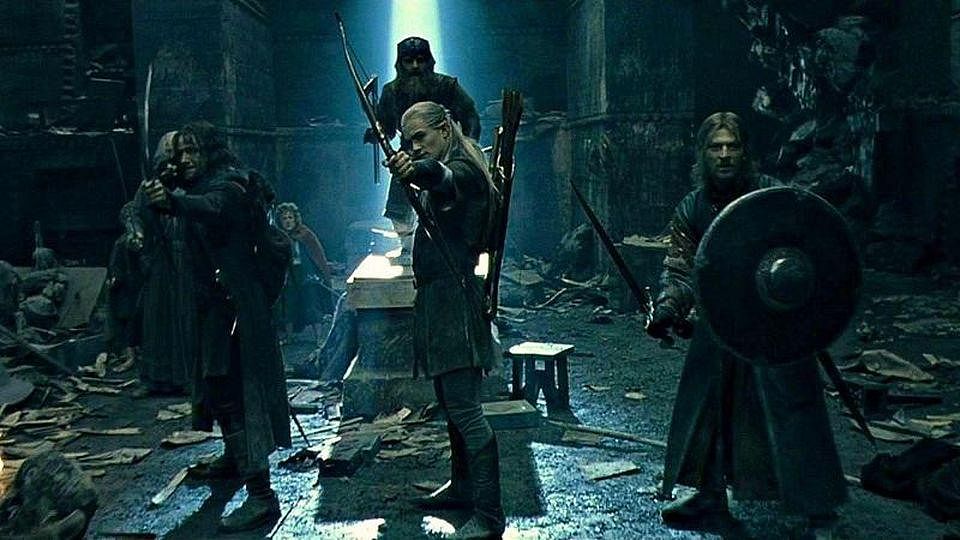 P.S: The movies have extended versions that are longer than regular movies (but engaging). So make sure you have no other big plans for the day before starting this one.

Most fans of the franchise will agree the first three parts with the savvy Davy Jones around was the "original" PoC movies, while whatever came after were just the pirated versions of the pirate tales. Johnny Depp's Captain Jack Sparrow is the master of all crookedness and churlishness known to mankind as he sails on the 'Black Pearl' with his bunch of equally uncivil pirates. Yet, he is the viewers' favourite, a cult that is likely to remain intact for a long time, taunting the makers to make multiple sequels. Gore Verbinski's trilogy follows Jack as he ventures the sea for the heart of Jones, with the English East India Company on his tail. Johns is the captain of the 'Flying Dutchman'- a ship of cursed eternal monsters who are unassailable in combat. 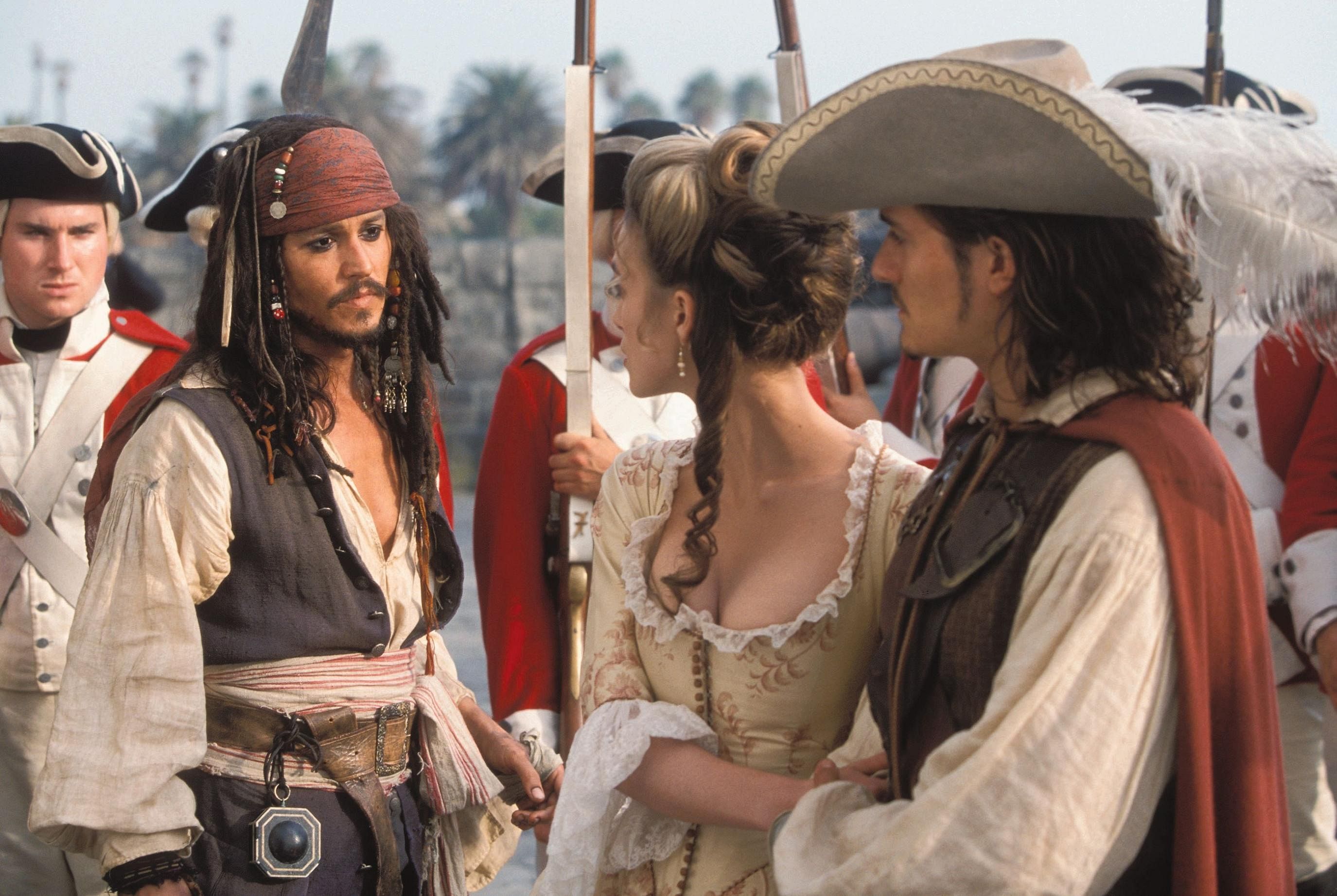 One who holds Johns' heart commands the 'Flying Dutchman' and thereby commands the sea. The Company wants the monsters to suppress other European fleets. Will Turner (Orlando Bloom), Elizabeth Swann (Keira Knightley) and Hector Barbossa (Geoffrey Rush) also become part of the journey as myths collide with swords and cannons.  The giant wheel fight scene and the last war of "At the Worlds End" is among the best swashbuckling we are likely to get in our lifetime.

When released in 1995, debutant John Lasseter's 'Toy Story' was the first entirely computer-animated feature film. However, the movie was destined to evolve much more as it became a box-office hit, offering a lot more than conventional light-hearted laughter. Remember this is the pre-'Finding Nemo' era, and it had a strong plot and crisp dialogues. John came back with the story of toys that come to life in the absence of their masters for the second time in 1999, an equally good continuation. And then came the "long wait." The kids, who loved the adventures of Woody (Dubbed by Tom Hanks), Buzz and friends were all grown up when Lee Unkrich finally released the third part. This was ironic as the generation that adored the earlier instalments were not kids anymore. So what do toys mean, or rather what becomes of them, when their owners are not kids anymore? The answer is why the trilogy's climax is considered among the finest (read satisfying) ever.

P.S: 'Toy Story 4' was released in 2019, grossing $1.073 billion worldwide - the highest-grossing instalment of the franchise.

Many critics consider 'The Godfather 2' as the best sequel in history (so good that it beat 'Chinatown' to win the Best Movie Oscar) while some others hail the trilogy as the finest ever made. Francis Ford Coppola made them inspired by the novel of the same name by Italian American author Mario Puzo. Marlon Brando and Al Pacino essayed the father-son duo who heads the Italian-American mafia gang in the middle years of the twentieth century The Corleone family's business deals and rivalries are the themes of this crime movie, winning a combined 9 Academy Awards from 28 nominations! The word legendary is muddlingly overused these days, but 'Godfather' is a true deserver in all sense. At the same time, it offers a splendid insight to a foregone era of filmmaking.

'Iron Man' fans can ask why Steve Rogers and not Tony Stark. Offensive may sound to them, but the super-soldier movies were just too good to get chose over the sequels of 'Iron Man' which was just decent by MCU standards. Also, it put the curtains to the waiting and finally introduced Peter Parker a.k.a you know who... 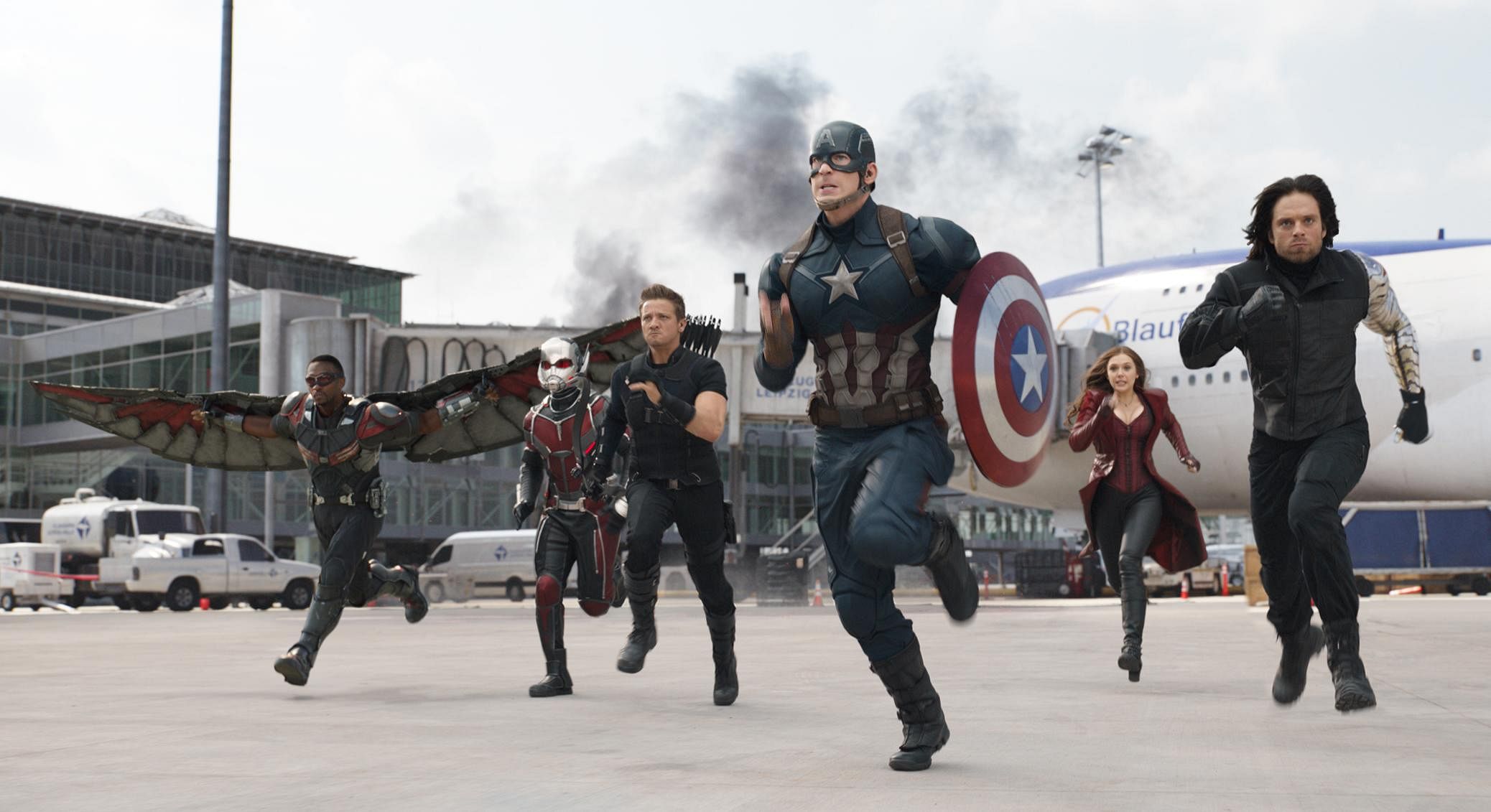 Joe Johnston directorial 'Captain America: The First Avenger' was just the perfect origin story while Anthony Russo's 'Winter Soldier' was a game-changer in every sense. The third one from the Russo brothers is not less than an 'Avengers' flick though it claims to be a standalone one. This trilogy is in the list not just to represent the superhero genre, but because it posses a quality story evolution, the kind we expect from sequels to a superhit first part. Chris Evans drops his 'Human Torch' avatar from his earlier MCU outing to become Steve Rogers of Brooklyn -- a selfless lad hellbent to fight the Nazis. However, his war(s) are not limited against one fascist regime as an experimental serum makes him the first member of an elite group that is destined to protect the planet from invading aliens to self-styled cyborgs. Even with the time stone, Thanos had no idea that Capt. could do it all day, but thanks to the trilogy we knew.

Epic, comedy, drama, fantasy... we had it all. James Cameroon's 'Terminator' trilogy with Arnold Schwarzenegger in the lead would be the perfect cherry on the top. Again another franchise that offered the immense potential to make jaw-dropping reboots but went underutilised, the time-travel action travel movies were perfect once upon a time. While Arnold gets introduced as a cyborg sent back in time to hunt down the resistance leader of mankind even before he is born, he returns to safeguard the same man twice from far-advanced killing machines. Can he succeed? 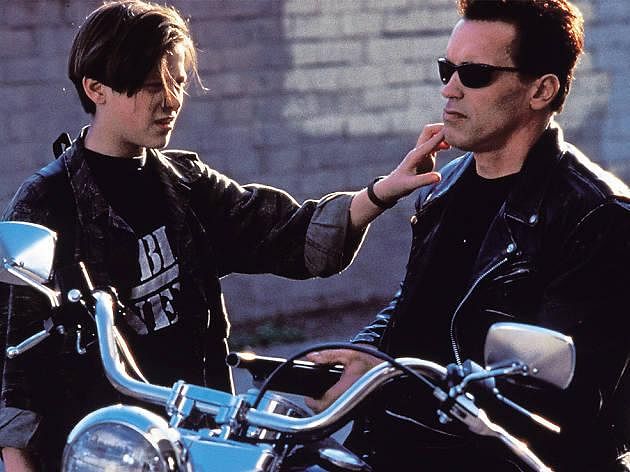 P.S: Since it is the cherry, we suggest you save it for the last day of the lockdown.