Daniel Cretton himself had tested for the virus though it came back negative.

Fans have been excited eversince it was announced that Marvel’s first Asian origin superhero is set to be launched in Shang-Chi And The Legend Of The Ten Rings, and the film’s director Destin Daniel Cretton has now shared the first photograph of the cast from a meeting before production was shut down due to COVID-19 outbreak. 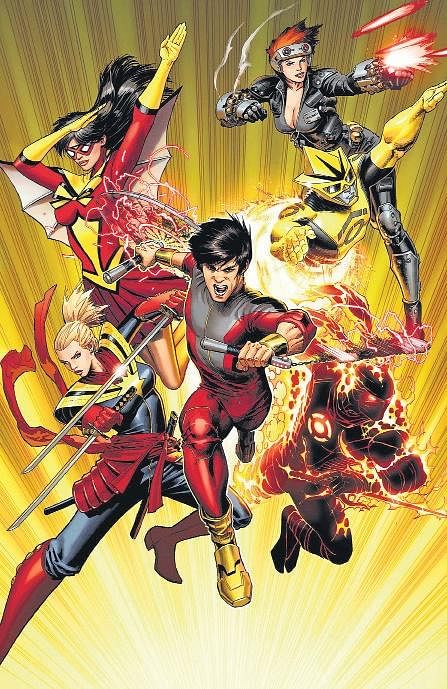 Cretton took to social media to share a black-and-white photograph of himself with stars Simu Liu, Awkwafina and Tony Leung.

“Pre-covid hang with @awkwafina, @simu_liu & the legend Tony Leung,” Cretton wrote in his caption.“This was our last night out before Corona punched the world in the face,” he added.Last month, Marvel Studios suspended production of the film after Cretton was advised by a doctor to go into self-isolation due to coronavirus concerns.

Filming had started in February in Sydney.

Daniel Cretton himself had tested for the virus though it came back negative.He revealed that he had tested negative for the virus, adding that he took the test because he “was working in close proximity with some people who had potentially been exposed”.

In the film, Simu Liu stars as the title character with Awkwafina playing an unspecified character and Tony Leung playing the iconic comic book villain known as The Mandarin. Liu will become the first Asian actor ever to play the lead character in a Marvel Studios superhero adventure.

While there is no word when production will start back up, Marvel has pushed the release of the movie. The film was originally scheduled to open on February 12, 2021. The studio has pushed it back to May 7, 2021. If production doesn’t resume soon, the date may be pushed again.

Now we are on Telegram too. Follow us for updates
TAGS
Marvel Shang-Chi And The Legend Of The Ten Rings Destin Daniel Cretton Shang-Chi