Right on the heels of 'Dil Bechara', we are getting another coming-of-age romance with a twist in the form of 'Chemical Hearts'. The film, directed by Richard Tanne and starring Lili Reinhart and Austin Abrams, is based on the novel Our Chemical Hearts by Krystal Sutherland. Chemical Hearts is about Henry Page (Abrams) who falls in love with Grace Town (Reinhart) when they teamed up to edit the highschool newspaper. 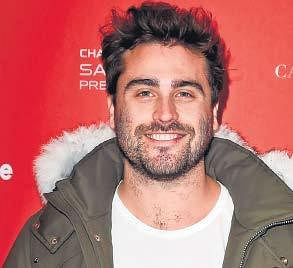 Tanne feels Henry’s life resembles his own. “Like Henry, I was the editor-in-chief of my school newspaper, Like him, I was infatuated with a girl who seemed interested in me, but was always just out of reach. Like both Henry and Grace, I experienced a wild spectrum of emotions I had never felt before, and in the end, it changed me.

Without knowing it, Krystal’s story enabled me to tell my own story,” says the director, who goes on to explain what we can expect from the film. “My collaborators and I have tried to tell a story about the darkness and light in these two kids’ lives. Not just of their love, but of life in general, its ebbs and flows, its transitions, big and small.

I wanted it to feel as expressive, moody and dramatic as being 17 can be. We never tried to fit it into a particular genre.” Actor Lili Reinhart, who also doubles as one of the executive producers, hired a disabilities inclusion specialist to help her perfect the role of Grace.

“We found Andrea (Jennings) through an organisation called RespectAbility that has made advancing opportunities for people with disabilities their mission. Rich (director) and I really wanted to make the movie as realistic as possible and get all of the information that was available. We Skyped with Andrea numerous times. I’m incredibly grateful for her help in making sure we were accurate and respectful,” she says.  Chemical Hearts will stream on Amazon Prime Video from Friday.

More from Entertainment English
Now we are on Telegram too. Follow us for updates
TAGS
Chemical Hearts Lili Reinhart Austin Abrams Our Chemical Hearts Krystal Sutherland