Jennifer Lawrence tweeted a video of herself running up and down the street in pyjamas while blasting music from a speaker.

According to Fox News, actors and musicians from every corner of the country reacted online, and a majority came from celebrities who voiced their approval of Biden and Senator Kamala Harris' futures at the White House.

Whether it was food, dancing or bursting into song, there were plenty of celebrations.

Popstar Ariana Grande reacted by taking a joyride through what appeared to be Los Angeles. The 27-year-old songstress showed footage from a car window in which people cheered loudly with their hands in the air. Some stood on cars to scream at the top of their lungs.

Jennifer Lawrence tweeted a video of herself running up and down the street in pajamas while blasting music from a speaker.

"Had no choice but to throw a party for 1," she wrote with the hashtag #comeonbostonletsparty.

Had no choice but to throw a party for 1 #comeonbostonletsparty pic.twitter.com/qvSEVip0Mh

Chrissy Teigen and John Legend celebrated with a dance to an explicit anti-Trump song by rapper YG titled 'FDT'. 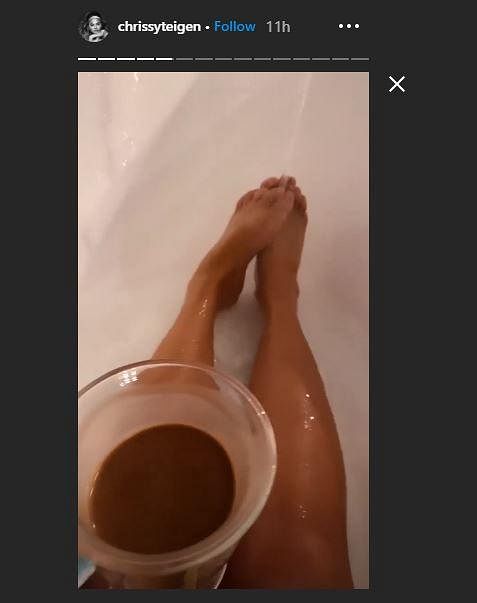 Reality star Kourtney Kardashian said she was in a "skipping and hair-flipping kind of mood today." Her younger sister supermodel Kendall Jenner showed herself sitting in bed and raising her hands in the air wearing a grey sports bra and no makeup.

American singer Miley Cyrus also shared her excitement with a reference to one of her past hits, 'It's a Party In The USA today!'

Now THIS is a PARTY IN THE USA! @JoeBiden @KamalaHarris pic.twitter.com/zFKL1ncuSa

"Thankful for your service. I look forward to living under your leadership for the next four years," she wrote in an Instagram Story, tagging President-elect Biden and future Vice President Harris.

This is how you come together and make a difference. I am so proud America i feel hopeful for the future and for the lives of the people . Finally. 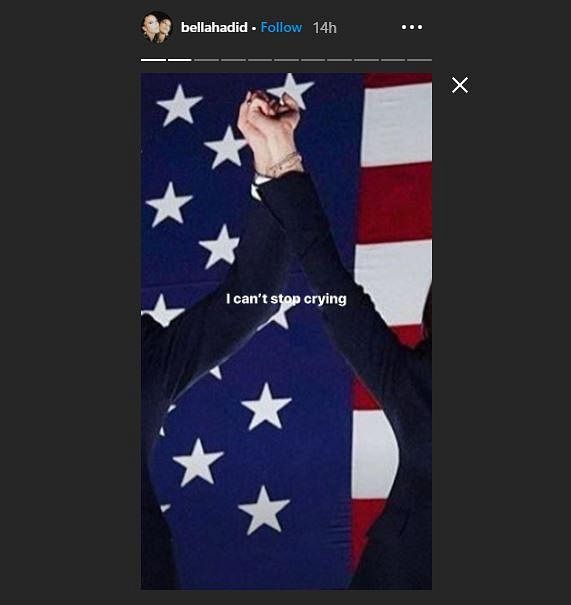 Sofia Richie also took to Los Angeles streets to express her delight. The model can be heard passionately yelling from a car, showing cheering passersby in an Instagram video. In an additional Instagram Story, she jumps up and down on the street with her friend while donning a face mask.

Actor Venessa Hudgens was seen screaming "Hallelujah," in her Instagram post that read,"OMMMMGGGGGG WE DID ITTTTTTT!!!!!!WHEN BIDEN & KAMALA WINNNNNNNN."