The team of Kahaani is back with Kahaani 2 - Durga Rani Singh ! 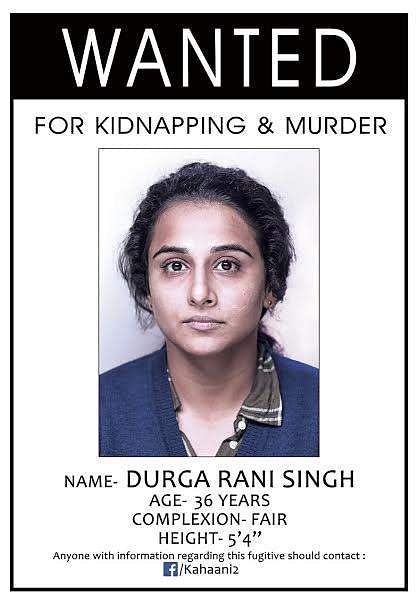 Essaying the role of the 36 year old , Durga Rani Singh, Vidya Balan is wanted for kidnapping and murder in this suspense thriller .