‘I broke chairs, tables, glasses to play a spy’

The actor talks about how she has finally made it in Bollywood, training hard for Baby and her role as a spy in Naam Shabana

Taapsee Pannu claims that she was never the pretty girl, and hence she never looks into a mirror. But she is proud of her onscreen tough girl image in Baby, Pink and in her upcoming film Naam Shabana. “I look into a mirror when I have to learn my dialogues or  put my make-up on,” she says.
Director Shoojit Sircar calls her an unpolluted star, but she hasn’t let the success of Pink go to her head. “My first film was a hit, and I have done 20 films down south, which were also hits. I have seen overnight success with Telugu films and also have had a streak of failures. My friends  often give me a reality check, or when a guard stops me at a gate, I realise I am a normal girl,” says Taapsee. 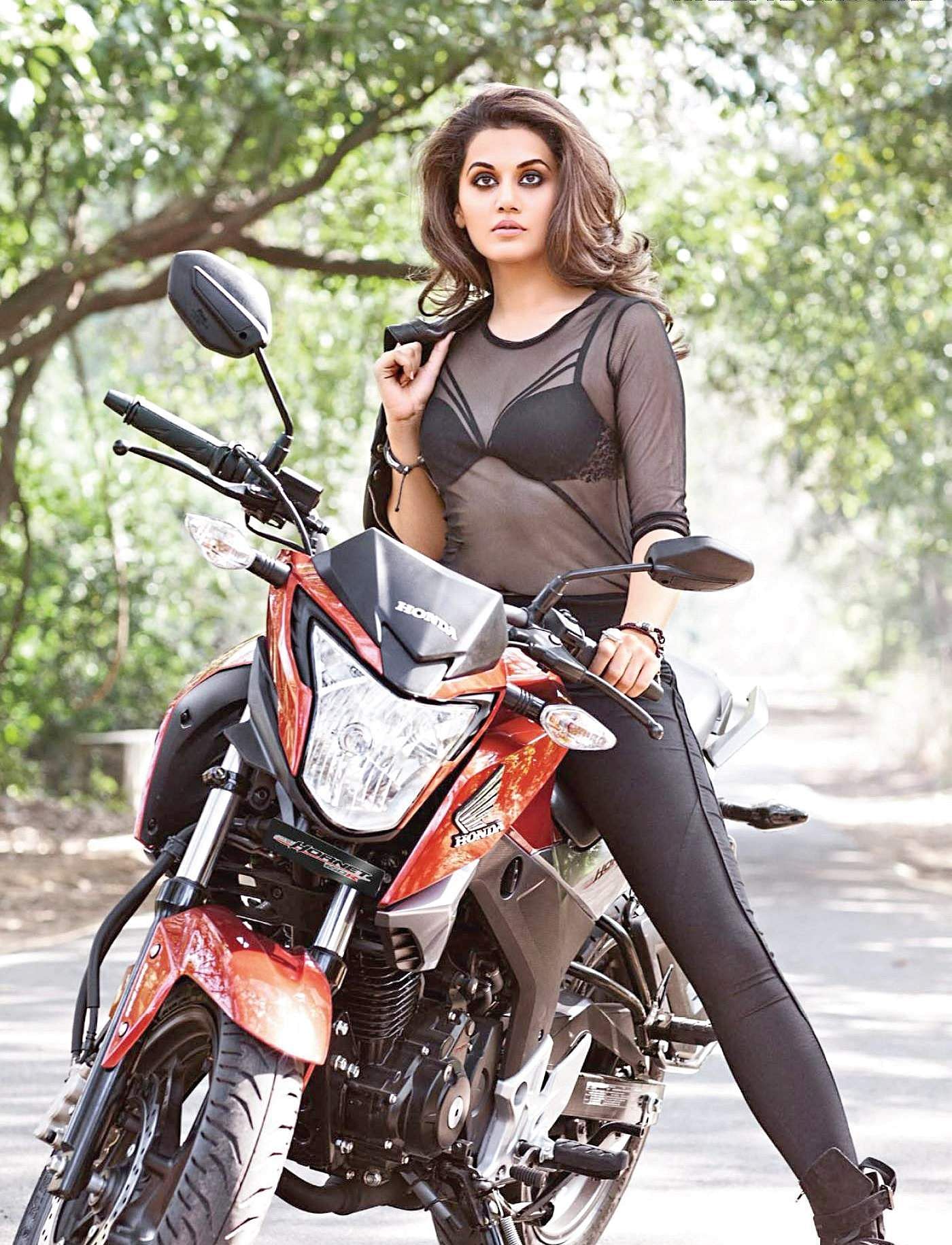 She never planned anything. “My life has been  full of twists and turns. I did modelling in college for pocket money. I never planned the future, but I wanted to earn a lot of money. I used to be stubborn, but life has taught me to make adjustments. When someone does not take their work seriously, it irritates me,” says the software engineer-turned-actor.
Bollywood has finally opened its doors for her. “Though it’s half open, I’ll be welcomed with open arms soon. Our industry is rigid  when it comes to films. It’s either commercial movies or performance-oriented films. People are recognising me as a serious actor. After Judwaa 2, they will love my commercial ventures too.”

Taapsee believes her presence in Hindi movies has finally registered. “People noticed me in Baby. Pink sealed the position, but expectations also rose. Naam Shabana has come at a perfect time as I got the title role.”
She doesn’t feel the pressure of a film’s release.  “That’s for Akshay Kumar and (film-maker) Neeraj Pandey to deal with,” she laughs. “I had worked out and trained for Baby, and it continued with Naam Shabana. I had to react like a female spy and learn their body language. Female spies have a sixth sense and can multi-task. They can read between the lines, whereas  I am a gullible person in real life,” she says.
Playing her character in Naam Shabana was not as easy as it seemed. “There is a lot of real action in this film. I had trained in Krav Maga for Baby, but I had not jumped off a high-rise or fought 50 men. Krav Maga helps you fight anyone who is larger than you. I had to train myself to make the fights look neat and  clean. I also trained in Aikido, as it’s an aggressive technique. I broke chairs, tables and glasses; I have been injured. I  did not use any protection gear while doing these fights.”
After learning Krav Maga, she says her “movements have automatically become very alert and quick. My reactions have changed, even the way I  walk has changed. I am constantly scrutinising people and their movements”.

Working with actor Manoj Bajpai  was very intimidating for Taapsee. “I am not a trained actor, and both Manoj Bajpai and Prithvi, who is a huge name down south, are such awesome actors. I was worried whether I would be able to match my performance with theirs. In Pink I was with Mr Amitabh Bachchan, and here it was these two actors. The stress was immense,” she confesses.
She didn’t know her short film Cleavage would be mixed with Swara’s (Bhaskar) version so well. “That was a huge surprise for me and it was shot so well. This is an issue that girls have to deal with. Let them decide what they want to do with their lives,” she says.
Her advice to youngsters: “Make your own decisions as it’s your life. Set your goals and achieve them, or else what is the use of waking up each morning?  Don’t brood over what has happened and don’t wait for others to help you. Be your own hero.”
What’s next for her? “There’s Judwaa 2 with Varun Dhawan and a Telugu film, which will release during the rains,” she says.