Kunal Kapoor teaches Shakespeare in his next

In his next fi lm, The Noblemen, by debutant director Vandana Kataria Kunal Kapoor will be teaching about Shakespearean plays to students.

In his next fi lm, The Noblemen, by debutant director Vandana Kataria Kunal Kapoor will be teaching about Shakespearean plays to students. Talking about the fi lm he says, “I have had the opportunity to play such varied characters last year. 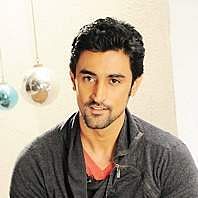 This again, is very different from anything I have done before. The character is rebellious, and his teaching methods are unique and unconventional. I connected deeply with that rebellion.

With the need to break stereotypical ideas about how things should be done.” Ask him about what draws so many actors to Shakespeare, the actor says, “The range of Shakespeare’s characters is just enormous. Each character, whether it’s a man or woman, prince or pauper, hero or anti hero, is so complex, layered and yet deeply identifi able.

And his stories are timeless. Audiences, actors and readers across generations can relate to them.” The unit recently wrapped the fi lm after a month long schedule in Mussoorie, followed by a shoot in Mumbai. The fi lm is produced by Saregama, Shivani Saran and casting director Seher Latif. Kunal will also been seen in Tigmasnhu Dhulia’s Raagdesh.