The makers of the Superstar-starrer 2.o have promised the audience a never-seen-before cinematic experience and the grapevine has it that the basic premise of the film is inspired by the Ramayana wher

The makers of the Superstar-starrer 2.o have promised the audience a never-seen-before cinematic experience and the grapevine has it that the basic premise of the film is inspired by the Ramayana where Akshay Kumar will essay the role of an antagonist whose traits will be similar to Ravana.

In Robot (Enthiran in Tamil), Rajinikanth had a double role, and this time, it’s rumoured that he has five different roles in the film. 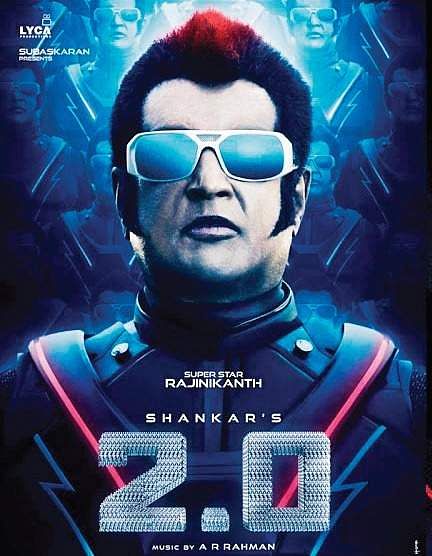 Apart from the characters of Chitti and Dr Vasikaran, he will also be seen as a dwarf in two different avatars. On the other hand, we hear Akshay Kumar will have 12 different looks.

According to sources, this sci-fi will release in  2D, 3D, Imax 3D and IMAX Real 3D format. “Unlike other Indian films that are digitally converted into 3D and IMAX format, Shankar is shooting the film in keeping the above mentioned format in mind,” and sources.

Apart from the visual experience, Resul Pookutty is working to introduce a different kind of sound with the film, which would be more effective than Dolby Atmos.
Directed by Shankar, 2.0, shot simultaneously in Hindi, Tamil and Telugu, is slated to hit the big screen this Diwali