Rajkummar Rao and Hansal Mehta give us a peek into what went into the making of Omerta, their fourth film together.

After gaining much applause for his debut in the digital space with web-series Bose: Dead/Alive, Bollywood actor Rajkummar Rao is in news all over again for Omerta, released this week. The Newton star portrays Ahmed Omar Saeed Sheikh—a British terrorist of Pakistani origin. The film once again marks his collaboration with National Award-winning filmmaker Hansal Mehta, who previously worked with him in the critically acclaimed Shahid and Aligarh. 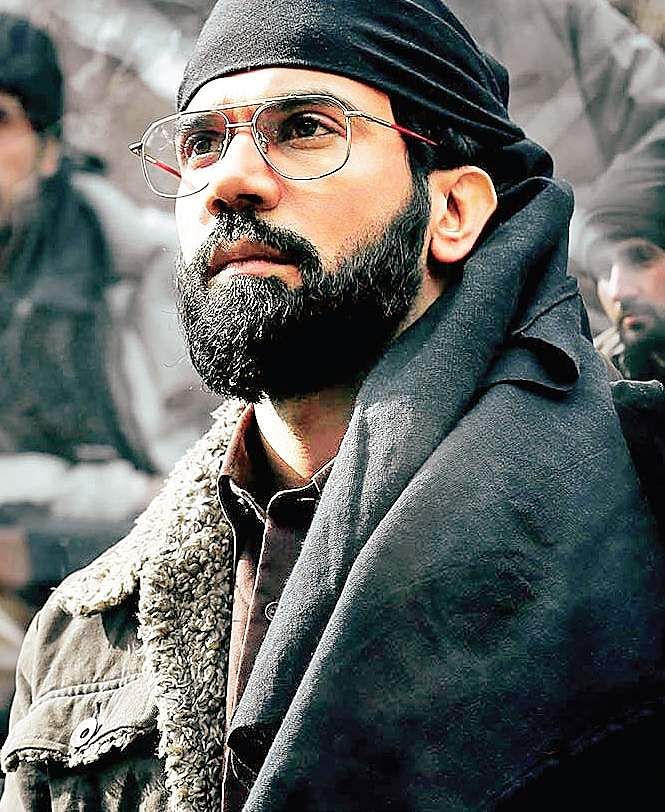 “It’s a fast-paced thriller based on the story of Ahmed Omar Saeed Sheikh and many more such people who in their young age are vulnerable, and how they are brainwashed and turned into a terrorist,” he says. “Omar Sheikh has been involved in major terrorist activities—9/11, 26/11, Kandahar hijack, kidnapping and killing of American journalist Daniel Pearl,” he adds.

Previously in news for Kangana Ranaut-starrer Simran, Hansal is known for raising off-beat issues with his films. He’s also known to be someone who establishes a direct connect with audience. Says the filmmaker about his new film, “It is a very provocative subject and the biggest challenge was to tell this story in as objective a way as possible.”

Known to be picky when it comes to choosing a role, Rajkummar made news for his 2017 commercial success Bareilly ki Barfi which also got him a Filmfare Award for Best Supporting Actor. “I always try if I can do something new with each film. I know people liked me in Bareilly ki Barfi and in Newton, but I want to do something new every time. I don’t want my audience to see me in only one kind of films. Also, because then it will become boring for me. So, I choose different films such as Omerta, Stree, and Fanney Khan,” he shares.

On the choice of the subject, Hansal says, “I made the film to start a long-awaited conversation. I hope that our democracy is mature enough to accept all kinds of viewpoints and to debate them.”

Unlike Rajkummar’s earlier films such as Behen Hogi Teri, Newton, and more, the lack of reference this time demanded more hard work. Calling the process of understanding the ‘character’s world’ as the most difficult aspect, the actor says that this time he was required to start from scratch. Terming the project a strenuous one, he says, “A lot of preparation was required as I was not able to connect with the character.” He reveals that he had to create a lot of hatred and anger to tap into the character’s mind.

Commenting on the late release of the film, Hansal says, “We wanted the film to do a round of festivals first.” The film earned rave reviews at many popular film festivals, including the recently held Hong Kong International Film Festival.

Happy to be a part of a Hansal Mehta film again, Rajkummar is all praise for his director: “This is our fourth film together. Working with him is like coming back to family. This was a very sensitive film. Only Hansal sir could do justice to it.”

Next, Rajkummar has the much-awaited Fanney Khan slated for a summer release. The film also marks the comeback of Anil Kapoor. The star cast also boasts of Aishwarya Rai Bachchan. The actor will also be seen alongside Shraddha Kapoor in the upcoming horror comedy Stree.