'Tanhaji' not only grand but also educative: Ajay Devgn

The Om Raut-directed movie, set in the 17th century, is based on the life of Tanhaji Malusare, the military leader of Maratha king Chhatrapati Shivaji Maharaj.

MUMBAI: Actor-producer Ajay Devgn says starting from his 100th film "Tanhaji: The Unsung Warrior", he wants to focus on stories which are not only entertaining but also informative.

The Om Raut-directed movie, set in the 17th century, is based on the life of Tanhaji Malusare, the military leader of Maratha king Chhatrapati Shivaji Maharaj.

"Apart from the film being grand and carrying a message, it is also educative, it is informative. It is an interesting story to watch and such combination is rare.

Besides the storyline, I am always inclined to create new things like when I wanted to make this film we worked on 3D and technology in a way that it should look new.

Visually we are very happy with the film," Ajay told PTI in an interview. 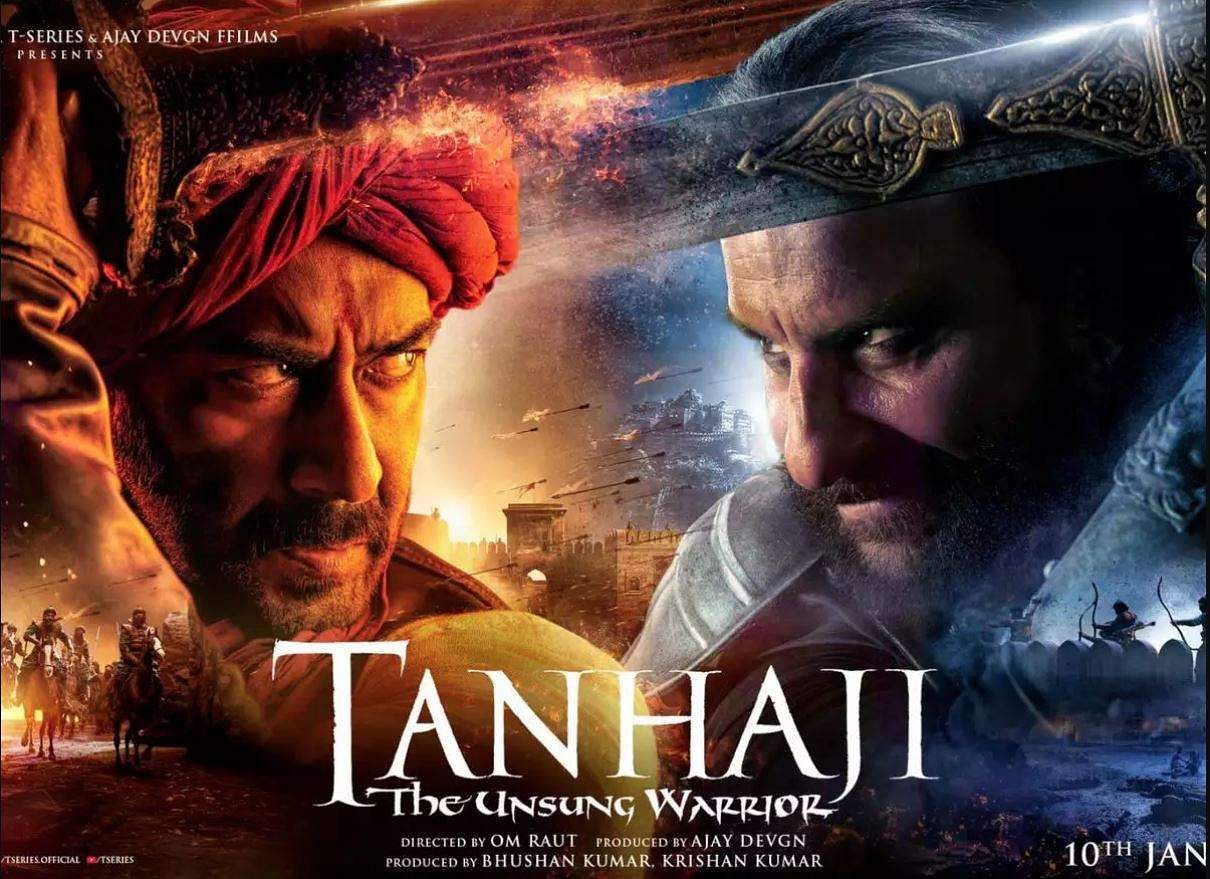 The 50-year-old actor added that with the movie he hopes to makes the audiences aware about the unnamed heroes of Indian history.

"I hope they realise the freedom that we have achieved with such difficulties and sacrifices."

Ajay said it was the director, who came up with the idea of making a film on the Maratha warrior and felt it was important to tell the story.

"When he narrated me the idea I liked it very much. In schools, there was just one para about him in textbooks. It is amazing that how people like him sacrificed their lives. Even if the story was fictional it has that kind of power to excite you- it has heroism, drama, emotions. There are so many such heroes, who have sacrificed their lives for the country," he added.

The inspiring tale and sacrifices of Tanhaji has motivated Ajay to plan out a series of films on unsung warriors.

Though the superstar is yet to zero down on the next film in this series, there have been reports he is toying with the idea to explore the story of Raja Suheldev for the big screen but Ajay said nothing has been finalised yet.

"We are in talks about a few things. A film like this takes three to four years to make. We will have to do extensive research. Not necessary I will act in it also, whoever suits the part will act."

History is a risky genre to deal with, and the "Raid" star said making a period drama in absence of adequate documented material is a challenge.

"We have gone through all history books, spoken to many historians. We have spoken to Tanhaji Malusare's family. We have done right as much as we can. But in our country if there are five historians they contradict each other. We are prepared for that. We have not tried to do anything wrong.

"We have dramatized a few things, like the scenes between Tanhaji and Shivaji Maharaj or Tanhaji and his wife. There is a thin line that you have to walk on with history while dramatising it and not go wrong," he added.

Ajay has also produced the project with T-Series.

Stay up to date on all the latest Entertainment Hindi news with The New Indian Express App. Download now
TAGS
Tanhaji Tanhaji the Unsung warrior