Abhishek Banerjee casting a spell with his acting skills now

A breakthrough happened in 2015 with web series TVF Pitchers — wherein dressed in a suit, and in a moment of alcohol-induced epiphany, he gave the start-up generation its defining metaphor: Tu beer ha

In 2008, when Abhishek Banerjee moved from Delhi to Mumbai, opportunities in the field of acting were limited. Streaming hadn’t yet begun, and television soap operas held little appeal to serious-minded actors. So, to make ends meet, he started working under casting director Gautam Kishanchandani. He began with Once Upon a Time in Mumbai, and in the last 10 years, Banerjee has scouted talent for over 60 films. During this period, he also set up his company, Casting Bay, with close friend Anmol Ahuja. “There was a time when I had stopped thinking about being an actor. Not only was I busy with my casting work, but I had also put on a lot of weight,” he recalls. 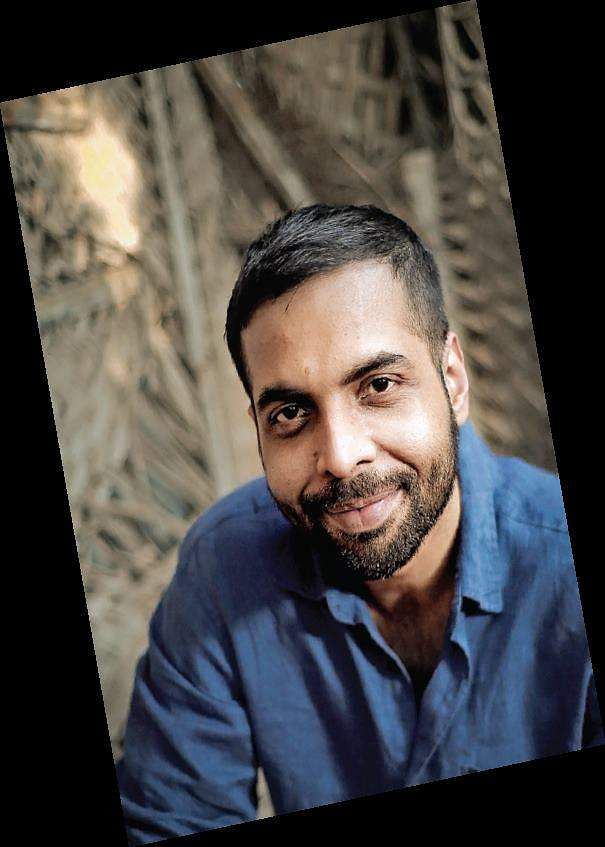 Banerjee, who did his higher education from Delhi, began his acting career with Delhi theatre. His first film appearance was in Rang De Basanti, as one of the students auditioning for a documentary role. Post the shift to Mumbai, he acted in Siddarth Srinivasan’s Soul of Sand (2010), and a few other short films.

A breakthrough happened in 2015 with web series TVF Pitchers — wherein dressed in a suit, and in a moment of alcohol-induced epiphany, he gave the start-up generation its defining metaphor: Tu beer hai.

“I remember Nidhi Bisht wanted me to audition for Bhati’s role but I was unwilling as the character had a small scene. But the minute the show aired, my one-liner became immensely popular. Even today, when I visit other countries, people come up to me because of that show,” says Banerjee, who subsequently appeared in the TVF  show Humorously Yours.

On the big screen, however, the struggle continued. Then, in 2017, Casting Bay was approached to scout for Stree, the directorial debut of Amar Kaushik. Banerjee couldn’t take up the assignment, but he was offered an acting role in the film — that of Jana — the eccentric best friend of Rajkummar Rao and Aparshakti Khurrana in the blockbuster horror-comedy. “Stree was a huge turnaround. Jana was an important role and I had to audition for it but the credibility I had gained over the years helped me land the part. A lot of love and appreciation has followed since then,” he says.

On the independent space, Banerjee is known for his association with filmmaker Devashish Makhija. His performance as the antagonist in Ajji — a Mumbai-set revenge drama now streaming on Netflix — won him critical acclaim, and is a world removed from his comic appearances. “I think of Dev as the manual scavenger of cinema. He enters the gutter of society and rinses it from within. All the actors who enter with him must also be ready to get dirty.”

Post Stree, Banerjee has been keeping quite busy. He appeared in the first season of Mirzapur and will also be seen in Sujoy Ghosh’s upcoming Netflix series Typewriter. There is also the forthcoming web-show Jamuna Paar, produced by Anushka Sharma. On the feature front, he has wrapped up Dream Girl, a romantic-comedy starring Ayushmann Khurrana and Nushrat Bharucha. Speaking about his role in Dream Girl, the actor says, “My character is from Mathura. He is Nushrat’s brother and Ayushmann’s would-be brother-in-law.”

Banerjee is also teaming up with Khurrana in Bala, Amar Kaushik’s second feature film. This Kanpur-set comedy revolves around a small-town man coping with premature balding, and he plays a nai (barber) in the film. “I’ve modelled my character on a friend who worked at a barbershop,” he says adding that a special look has been created for the part.

Then there’s Made in China, his second film with Rajkummar Rao, releasing next month. Appreciating the new crop of Bollywood stars for their professionalism, he says, “They all stand by and give cues. It’s so much more fun working with them.”

Now we are on Telegram too. Follow us for updates
TAGS
Abhishek Banerjee Casting Bay