Amit Sadh on working as Kabir Sawant in Amazon Prime Video’s Breathe: Into the Shadows.

Amit Sadh returns as inspector Kabir Sawant in Amazon Prime Video’s Breathe: Into the Shadows. In the debut season, Kabir, reeling from alcoholism and the loss of his daughter, chased down a serial killer striking off organ donors in Mumbai. R Madhavan had played Kabir’s desperate quarry in Breathe (2018). He is succeeded by Abhishek Bachchan in Into the Shadows, an all-new chapter about a psychiatrist looking for his missing daughter. Things aren’t looking great for Kabir either. The new season opens with him in jail, visibly buffed up and getting into prison brawls. He’s soon let out (so suggests the trailer), and a familiar cat-and-mouse ensues with a masked abductor.

“Kabir Sawant is one of my most successful characters,” Amit shares. “The way he intertwined with my personality and resonated with the audience was special. He’s a damaged man with ethics and principles. He’s wading through his own turmoil yet wants to do right. It’s the sort of character everyone connects to.” In In Into the Shadows, though, fans might be in for a surprise. 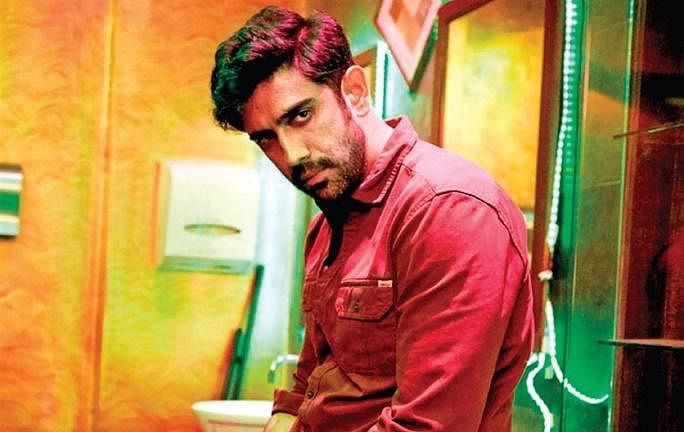 “There has been a huge revelation this time. It’s almost like a new identity of this man,” Amit teases, insisting we treat the instalment as a separate entity. “It’s a new world that Kabir gets thrown into. It’s a dark, gripping show that will take you on a rollercoaster ride.”Into the Shadows was filmed in early 2019. Amit had to train for the look of a Nashik jail inmate. “For me, physical preparation is not crucial,” the actor shares. “I always go for the psychological state of the character. This is not a commercial film where I need to show off my body. The point was to show the transformation of this man in prison.” The process also needed him to cut off from the rest of the cast and crew. “It was a relaxed set, so I needed to preserve my manic energy. I don’t become Kabir Sawant for twelve hours. I become him for six months.”

Along with Netflix’s Sacred Games, Breathe was one of the pioneering shows in the Indian OTT space. Two years on, Amit says the gains of the digital revolution are apparent. “I’m happy my work is seen by so many people in over 200 countries. Amazon has been a solid collaborator and I’m thankful for the exposure and vastness the platform offers.”

Besides Amit and Abhishek, the show also features Nithya Menen and Saiyami Kher in pivotal roles. Saiyami was recently lauded for her performance in Anurag Kashyap’s Choked. In Into the Shadows, she essays Shirley, an escort who gets entwined in the chase. “My character is inspired by Julia Roberts in Pretty Woman,” Saiyami shares. “She becomes the one who moves the story forward. After playing a RAW agent in Special Ops and a middle-class banker in Choked, it was exciting to be offered a completely different role.”

Saiyami praises creator Mayank Sharma for his feel for cliff-hangers. “He stopped narrating the script after the seventh episode and I told him he couldn’t do this to me. It was so gripping and engaging.” The actor confesses her love for crime thrillers. “When it comes to binge watching, it’s my most favoured genre. I love Breaking Bad, Money Heist, Ozark. I’m presently watching Paatal Lok and really enjoying it. I just realised all my recent releases have been thrillers.”

Saiyami made her Bollywood debut in Rakeysh Omprakash Mehra’s Mirzya (2016). The film, which also starred Harshvardhan Kapoor, received mixed reviews and crashed at the box office. While agreeing that the digital space has given her a fresh run, Saiyami wants to keep pursuing her passion for the big screen. “I still stand by Mirzya releasing on the big screen because it was an experience made for that. So those films and the magic of the theatres will stay. As an actor, I don’t take success or failure too seriously. I try to be neutral as it keeps me sane instead of getting affected too much.”

Before the lockdown, Saiyami was shooting for Ahishor Solomon’s action-thriller Wild Dog, co-starring Nagarjuna. This is her second Telugu venture after 2015’s Rey. “We’ve finished 80 per cent of the shoot and are waiting for things to resume. There were also talks of Special Ops season 2. I’m hoping that happens soon.”

Now we are on Telegram too. Follow us for updates
TAGS
Breathe: Into the Shadows Amit Sadh