Sushant Singh Rajput’s death reveals the dark side of Bollywood where actors face humiliation, hopelessness and ostracism to survive.

Cliques exclude. Cliques demoralise. Cliques kill. Cliques are behind the suicide of Sushant Singh Rajput, the star of Kai Po Che, Detective Byomkesh Bakshy, M S Dhoni: The Untold Story, Kedarnath, Sonchiriya, Chhichhore and PK—all successful or critically-acclaimed films. So why did a popular heartthrob of an actor, with a ripped six-pack and a ready smile, take such an extreme step?

Bollywood’s fat cats offer many explanations. He was clinically depressed and didn’t take medication because the Bollywood mafia had taken out a contract on his career. He wasn’t getting new offers after a fall-out with a powerful family, which had sFmigned him on and refused to release him from a biased contract. Rajput was replaced in big banner films, including Sanjay Leela Bhansali’s Goliyon Ki Rasleela Ram-Leela and Aditya Chopra’s Befikre, by Ranveer Singh, who belongs to a film family.

Tweeted director-producer Shekhar Kapur, “I knew the pain you were going through. I knew the story of the people that let you down so bad that you would weep on my shoulder. I wish I was around the last six months. I wish you had reached out to me. What happened to you was their karma. Not yours. #SushantSinghRajput.” 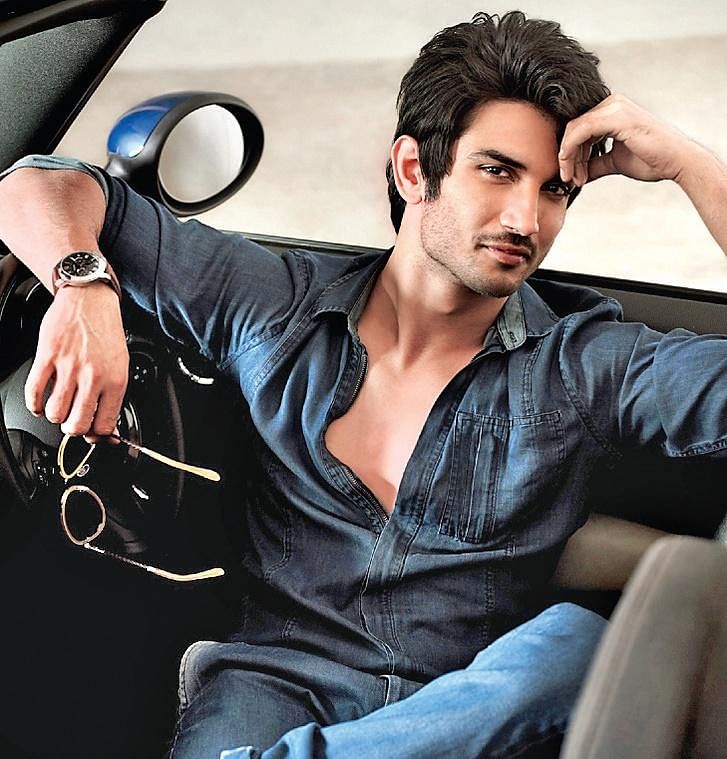 Abhinav Singh Kashyap, (Dabangg) explained on Facebook how filmi outfits like Yash Raj Films’ talent management agency operate. “First they identify ‘needy wild talent’ from outside Mumbai with no connections or property. They are ‘lured with free invites to Bollywood parties and random restaurant launches on the pretext of introducing them to celebrities…’ but are then ‘ignored and treated very badly’ at these parties to ‘break their confidence’. Then the agency pressures them to sign a ‘multi-year exclusivity contract’ by promising ‘to protect them from predators or offering a pittance.’ They become ‘bonded labour’ and are forced to ‘give up’ their right to exercise free choice and their discretion in any matter concerning career.”

The aftermath of Sushant's death has cartwheeled into a storm of accusations and defence.

Rakul Preet, who played the lead in films like De De Pyar De and Marjavaan, says, “Yes, nepotism exists but it makes no sense complaining. Either you crib, or work hard and prove yourself out there.”

Ekta Kapoor is another production powerhouse who is behind Smriti Irani’s successful television career. The hit machine of the Anil-Boney Kapoor brotherhood was Boney’s wife Sridevi. Anil pushed daughter Sonam K Ahuja in spite of a series of flops. Aditya Chopra, who is blamed for blackballing Sushant, promotes Ranveer. Then there are barnacles on the hull like Sonam’s goombah, the anti-BJP activist-actress Swara Bhaskar who rushed to the defence of Alia and Karan Johar.

An irate post on Twitter summed up the reason behind Sushant’s death—“Swara it maybe a silly chat show for you and you may have that sense of humour or thick skin to not get affected. But some don’t.”

However, Johar was penitent hearing of Rajput’s death. He posted on Instagram, “I blame myself for not being in touch with you for the past year... I have felt at times like you may have needed people to share your life with...but somehow I never followed up on that feeling...” To this out-in-the-cold hero Hrithik Roshan sycophantically tweeted, “Lovely Karan.” Hrithik trailed with a spate of flops after his debut hit Kaho Naa Pyar Hai until  father Roshan made Koi Mil Gaya, which relaunched his career; which is again stuck currently after papa fell out with the Chopras.

Director Mohit Suri, a part of Mahesh Bhatt’s retinue, denied nepotism and camps exist in Hindi cinema. He said, “It’s the new word coined in Bollywood. Every few months we have some words that circulate for months and go on and on. There are enough kids of filmmakers and actors who are not successful. You can get a chance but you can’t be successful because of nepotism. Everyone is critically judged. You have to be good at your job.”

Shraddha Kapoor, despite belonging to the film family, was jobless after debuting in Teen Patti in 2013 and had to wait for three long years before Mahesh Bhatt cast her in Aashiqui 2 in 2013. Varun Dhawan, now a successful actor, recently recounted about his father and director David Dhawan’s struggle as an outsider in Bollywood: “Coming from a small town, he knew nobody in the industry and worked very hard to give us a good life.”

Some outsiders do make it big in the Mumbai film world. SRK and Akshay Kumar are the only two powerful outsiders in the Hindi movie business.

Currently, it’s Ayushmann Khurrana. In an old video, Sushant says that in B-town “people will pretend to be liking me but then they somehow don’t take my calls.”

The cost of breaking contracts is heavy—ostracism, mockery and literally career fatality. When news of Rajput’s suicide broke, actor-producer Nikhil Dwivedi railed against hypocrisy, “High and mighty announcing they should’ve kept in touch with Sushant. Come on, you didn’t. And that’s because his career dipped. Are you in touch with Imran Khan, Abhay Deol and others? No! But you were, when they were doing  well.”

A pretty damning indictment of the B-town camarilla. In all great enterprises, politics, films and business, nepotism is a given.

Raveena Tandon is acerbic about the ‘mean girl’ gang of the industry. According to her, “Camps do exist. Made fun of, been removed from films by heroes, their girlfriends, journo chamchas and their career-destroying fake media stories. Sometimes careers are destroyed. You struggle to keep afloat. Fight back. Some survive, some don’t #oldwoundsrevisited.” And this is from a force to be reckoned—director Ravi Tandon’s daughter, and film distributor Anil Thadani’s wife.

Nepotism is alive and well in the Southern film industry, too. But unlike Bollywood, it is not in-your-face.

Actor Dulquer Salmaan, superstar Mammootty’s son and actor in Karwaan and The Zoya Factor, sums it up saying, “Unlike Bollywood there are not many second-generation actors in Malayalam film industry, just three or four. Even now we are a minority. I never considered films as an option. My parents raised me like that. My father gave me a different name Dulquer Salmaan so that no one knew I was his child. As a child from a film family you will get a chance but after that it depends on opportunity.”

But Telugu actor Nandu thinks otherwise. “I don’t think nepotism exists in Tollywood. Our industry is balanced with outsiders and insiders. I think the problem exists if one tries to sabotage the talent of an outsider. But here, it’s not the case. We have many self-made actors like Nani, Nikhil, Raj Tarun, et al. who’ve made it big. I don’t see a problem if an actor/producer/director encourages his/her son/daughter to pursue a career in the industry.”

After Sushant’s death, Vivek Oberoi bitterly advised Bollywood to “b***h less and care more, less power play and more grace and large-heartedness.” Oberoi himself suffered setbacks after he took on a superstar for abusing his girlfriend: herself a superstar and a star wife. “This needs to truly become a family, a place where talent is nurtured and not crushed,” Oberoi wrote.

Karan Johar may be torn up by Sushant’s suicide but there is more to it. Ayushmann Khurrana provides an insight into how Bollywood works. He thought he would make his debut with Johar’s Dharma Productions after Karan gave him the office number. When Ayushmann called, Dharma retorted that they ‘only work with stars.’

Sushant Singh Rajput was scuttled on his way to stardom. The clique didn’t forgive him for wanting to strike out on his own.

Now we are on Telegram too. Follow us for updates
TAGS
Bollywood Sushant Singh Rajput