Titled as Rishabhapriya - 62nd raga, the director is keen on experimenting with a musical short film

Rachita Ram, the dimpled queen of Sandalwood, who took took a turn away from her career in television to the silver screen is seeing a successful run. After starting her film career with Bulbul, she is one of the most sought after heoines in the Kannada industry.

Not wanting to limit herself to acting, Rachita Ram is all set to become a producer. Her first venture will be a short film, which will mark Radio Jockey Mayur’s entry as a director.

“When I started my career on the silver screen, I had decided that even if I ever stop being an actress, I must remain involved with the industry in some way,” she says. “And that’s when I thought about starting a production house, which is now set to happen and this short film will be a step towards it.”

Though the plans were always there, finalisation of this project happened over a cup of coffee, says Rachita. “Mayur is a good friend of mine and we have been discussing about cinema over the last four years,” she says.

“And when he told me about his short film, I immediately jumped on it and said, ‘the film will be made and as my first production venture’.

I am happy to start with a good subject.” Rachita is thrilled to have music director Charan Raj on board.

The actress, who is yet to listen to the script is confident about Mayur’s subject.

Mayur’s directorial debut titled RishabhaPriyaMayur who has been a Radio Jockey for the last eight years takes his inspiration to direct movies from filmmaker Ravichandran.

“I have worked with him for almost eight years, when our radio did a show with him,” says Mayur. “Ideas that he shared pushed me towards direction.” 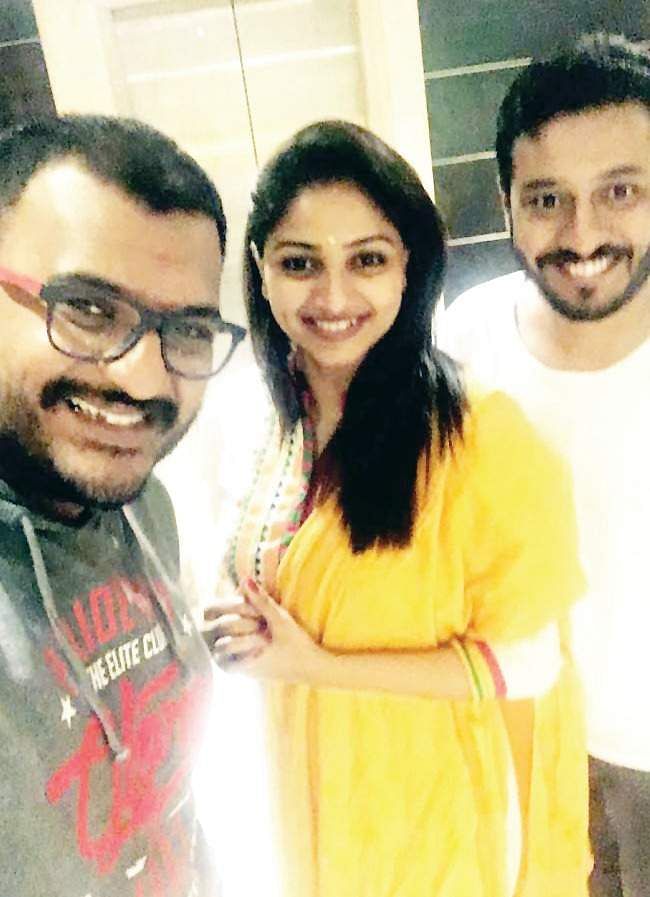 Mayur’s debut is a musician’s love story and,  since he himself is a musician and an RJ, the first timer wanted to start with such a subject.

“I actually wanted to start with a feature film but overtime I realised that I should first learn the ABCD of cinema, and short films are best way to experiment,” he says. “And when I discussed this with Rachita and Charan Raj, they decided to associate with me as producer and music director respectively”.

RJ-turned-director shares an interesting fact about the movie’s title Rishabhapriya. “I was looking for a title for my film in a list of raagas and I found Rishabhapriya. This is the 62nd raaga and it is very apt for the film because the hero’s name is Rishab and heroine’s name is Priya,” he says.

This will be a 20 to 25-minute-long film and the director is selecting the star cast. “As of now, Sihikahi Chandru and his wife Geetha will be part of the project. We are yet to finalise the main leads... Giridiwan will be the cinematographer,” says Mayur.

He plans to being the movie by March end and to finish the shoot in a month. “The film will premier in India and then I plan to take it to Melbourne, Sydney and Dubai,” he says.