Sandalwood producer, behind critically acclaimed and successful films, says he has always wanted to be a director

Pushkara Mallikarjunaiah, who has produced  distinct and popular Sandalwood movies such as  Godhi Banna Sadharana Mykattu, Kirik Party and Jeerjimbe, surprises us by saying that he has always been inclined towards direction and his passion lies there.

“I have always been confident about my creative talents and my choice of films is the best example  of that,” he says. “My productions have given me a successful run in the industry... I am very sensitive to what is good and what is bad.” Pushkara adds.

The producer is now all set to follow his dream. He is now in Tumakuru dedicating all his time to scripting the movie he will direct.  It will be a triangular love story that will feature a hero and two female leads.
What inspired Pushkara to start with a rom com? He says, “I had thought of many one-liners but, commercially, romcom is the only genre that will get the maximum reach and that attracts all kinds of audiences. So I decided to start with this.” 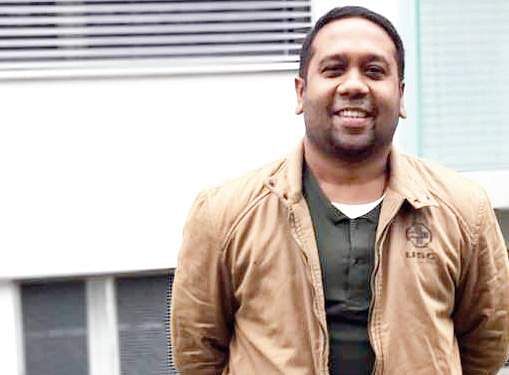 Apparently the producer had written a few lines of this during the shoot of his film Godhi Banna Sadharna...., but he was busy after and could not devote any more time to his writing. “Now that I have the projects running on schedule, I am using my time to do a bit of writing,” says Pushkara, who is thinking of roping in newcomers for his directorial debut, which should be launched by August or September.

“I have completed with my first draft,” he says. “Simulateounsly, as a producer, I am working on my two other projects - Humble Politician Nograj, which is rolling,  and the other is with Karthik Saragur and the work on this will start in June.”

How does the switch from a producer to a director feel?. “It would have been difficult, if I had started my carrer as a director,” he says. “I realised this when I turned producer... It is difficult for a person helming a project to convince the person investing the money about the value of the story. As a producer, I can give free rein to my creativity and use whatever experience I have gained over the last few projects for my debut directorial. It is a different feeling to produce your own film.”

Ofcourse, he will take guidance from his two good frineds - Rakshit Shetty and Hemanth M Rao -- who have proved their talent in directing. “I have always discussed my projects with them and of course I will take their feedback after I am done with my final draft,” he says.
Sandalwood is to have a new director in its fold.