Adityaa Shashikumar and Apoorva go back to teen years with 'Modave'

'The first sign of stepping into teenage is a breakout of pimples. My story revolves around the turbulence of teenage with a soft love story that will have a mass village backdrop,' says director.

In his directorial debut, Siddharth Maradeppaa has picked an unusual title. Modave, which means pimple, the director says is apt for his teen-based drama. Actor Shashikumar’s son, Adityaa Shashikumar, will be making his debut and Apoorrva is paired opposite the newcomer. 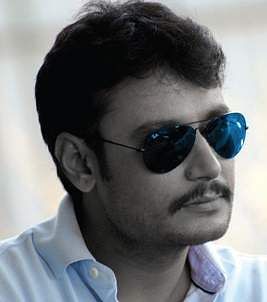 “The first sign of stepping into teenage is a breakout of pimples. My story revolves around the turbulence of teenage with a soft love story that will have a mass village backdrop,” says Siddharth, who emphasises that the meaning of the film is not be misinterpreted. “It’s just to represent the age,” he says.

Modave’s music is by Sridhar V Sambram, the lyrics of which will be written by Yogaraj Bhat, Jayant Kaikini and V Nagendra Prasad;  producer Shivanand Shagoti and R Krishnamurthy, under Brownbull Studios, the cinematography is being spearheaded by Uday Ballal. Ravi Varma will perform the stunts for the film and the edit desk will be headed by Deepu S Kumar.

Muhurath on September 2; Darshan to be a chief guest

Now we are on Telegram too. Follow us for updates
TAGS
Adityaa Shashikumar Apoorva Modave