Director Harsha is coming up with an untold story;  film made under the banner Jayanna Combines is looking for a summer release

The makers of Bhajarangi 2, who unveiled the film’s second poster on the occasion of Makara Sankranti, have built up a frenzy among the audience, especially the fans of Shivarajkumar.

The poster takes the viewers to another time period, with sketches showing an angry Shiva being worshipped by Chanakya, who is stuck amid creepers.

The image signifies prayers for freedom. According to the director, the second poster signifies search for someone. While the poster has impressed the audience, it will also keep haunting them about what’s in store. 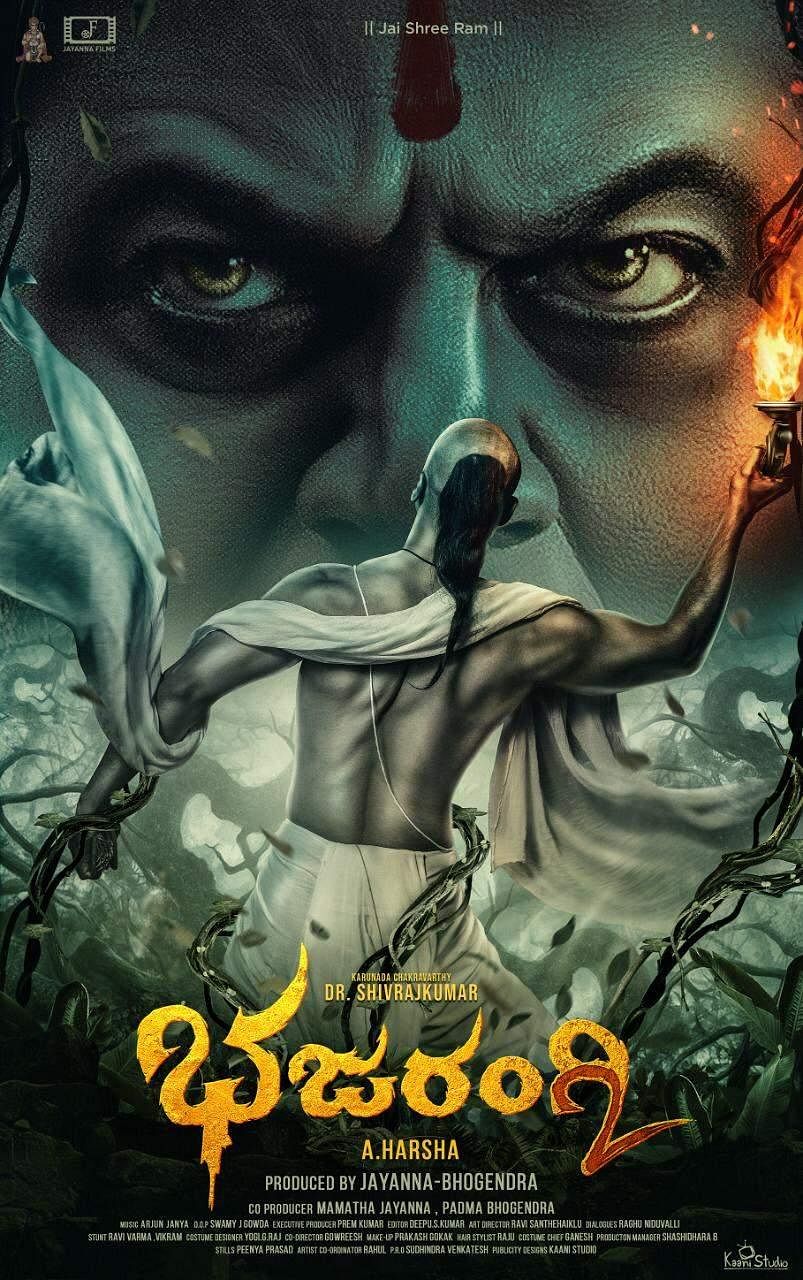 Meanwhile, the director has given hints of coming up with an untold story, which will not be a regular film coming from Shivanna or him.

The film’s title was derived from the duo’s previous hit combination, Bhajarangi 2. It is made under the banner of Jayanna Combines, and is the fourth project in a row with the Century Star, and the third one with  Harsha.

Bhavana is playing the female lead, and there are a host of fresh faces, mostly coming from a theatre background. The technical crew of Bhajarangi 2 includes Arjun Janya as the music director, J Swamy as the cinematographer and Deepu S Kumar as the editor.

Shooting for the film is currently going on at a brisk phase, with the team currently filming the climax portions in Bengaluru. They will then be left with 26 days to complete the movie. The director, who has simultaneously started with the post-production work, is looking for a summer release.

Stay up to date on all the latest Entertainment Kannada news with The New Indian Express App. Download now
(Get the news that matters from New Indian Express on WhatsApp. Click this link and hit 'Click to Subscribe'. Follow the instructions after that.)
TAGS
Bhajarangi 2 Shivarajkumar

Puneeth Rajkumar gears up for a power-packed 2020

Dhananjay camps in Lucknow for 'Daali'