Puneeth Rajkumar is admired for being a fit actor: Michiel Baas

Baas will be talking about his latest work during a live event being held on Champaca book store’s Instagram page on Friday.

Well-heeled urban Indians working out in swank gyms on one end, and wrestlers building their muscles in rural akharas on the other. Between the two lies the middle class, which has experienced an evolution in the idea of masculinity too.

Amsterdam-based author Michiel Baas’s latest book, Muscular India, gives a sneak peek into how a once-niche concept of body-building has reached the Indian middle class. Baas will be talking about his latest work during a live event being held on Champaca book store’s Instagram page on Friday. 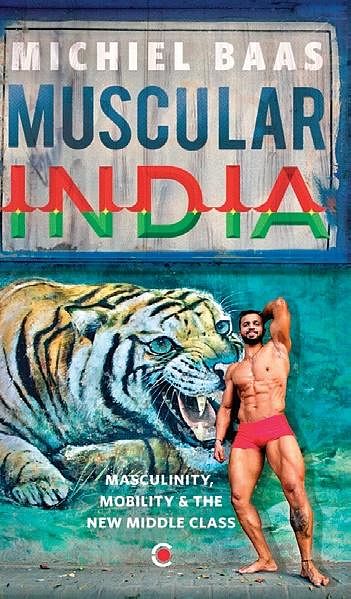 “The field of bodybuilding itself has become much more professional in recent years, and this offers an increasing number of men the opportunity to participate in competitions. Prize money is generally quite low, so the main goal is to showcase one’s accomplishments, which helps them attract social media followers and hopefully also personal training clients,” says Baas, who has spent a decade studying gyms, trainers and bodybuilders, and finds in them new way to know more about India.

According to him, while the country has always been fascinated by movies, cinema has also played a key role in this evolution of masculinity in India.

“It’s not just Bollywood but also Tollywood, Kollywood and Sandalwood that contribute to the popularity of new bodily ideals. Sandalwood hero Puneeth Rajkumar is equally admired for being a very fit actor,” says Baas, pointing out that it is important not to equate muscular bodies with the toxic masculinity women meet on the streets.

Being an anthropologist, Baas found it easy to spend a lot of time with his sources who later became good friends. He stresses that his sexual orientation didn’t pose any undue challenges in the research.

“I found that trainers cared very little about this. However, it was something my gay friends in India would joke about. They assumed that I had mainly picked this research to meet good looking men,” says Bass, who has been familiar with India, especially

Bengaluru, since the family of his partner of 17 years belongs to the city. However, his first love for the country was developed through his interest in Hinduism, more specifically the Mahabharata, and was further boosted when he started reading Indian fiction in the mid-1990s, starting with books by R K Narayan and Salman Rushdie.

Just like the topic for his latest book, many have found its cover quite intriguing too and Baas is well aware of that.

“The cover image is by Bengaluru-based photographer Cop Shiva. He is a friend and at some point I had mentioned the book to him and he suggested using this image,” says Baas.

He adds, “What I like about this picture is that it seems as if the tiger is attacking the cover model, Abhishek. But Abhishek stands firm and looks like he has nothing to worry about. He is in control, his body radiates strength and confidence, the city is clearly his.”

Now we are on Telegram too. Follow us for updates
TAGS
Puneeth Rajkumar Michiel Baas

Richie will bring in the flavour of the character I played in Ulidavaru Kandanthe: Rakshit Shetty

Every work has its own value and needs to be enjoyed: Upendra