SP Balasubrahmanyam gone, but his music lingers on

Mourning the demise of SP Balasubrahmanyam, the singer’s friends and associates recall how he will remain a part of their lives forever

The death of legendary singer SP Balasubrahmanyam, which has saddened his fans across India, has caused a huge void in the hearts of people in Karnataka as well. The 74-year-old six-time National Award winner, who breathed his last in a hospital in Chennai on Friday after losing his battle against Covid-19, became a household name in the state with the thousands of Kannada songs rendered by him over the decades.

“I would like to be reborn in Karnataka,” he had said at an event in Moodbidri in 2015, where he said after Tamil Nadu and Andhra Pradesh, Karnataka gave him maximum honour.

He also felt lucky to have Dr Rajkumar sing for his film, Muddina Maava, that featured him in a prominent role.  The singer, popularly known as Balu among his friends, made his singing debut with the Telugu film, Sri Sri Sri Maryada Ramanna, in 1966, and was introduced in Tamil through legendary composer MS Viswanathan’s song, Iyarkai Ennum Ilaya Kanni, in Gemini Ganesan’s film, Shanthi Nilayam, in 1969.

He went on to make his presence felt in Sandalwood too. In fact, of the about 40,000 songs sung by him in total, 19,000 were in Kannada, including devotional and folk songs as well.

Golden voice & a heart of gold

It’s a shocking news. It seemed like he was getting better, and was coming back. He was so young at heart and had so many things to do. It was just plain unfortunate that we lost him to this pandemic. I don’t think there is anyone who would have missed having his song in their lives. He had songs for every occasion -- joy, celebration, birth or death. We have had SPB songs embedded in our life. He gave voice to so many of our actors. It’s not possible to think of not having SPB in our lives. The void cannot be filled.
-- MD Pallavi, singer

SPB sir was God to me. He was my father, brother, friend and mentor. His service to music is irreplaceable. I really doubt whether I will ever meet a person like him again in my life. My journey with him is 38 years long. Right from being his track singer, to being his co-performer, he saw me evolve.

He respected everyone equally regardless of age and achievement. The dedication and sincerity he had towards work is a lesson for others. He was an encyclopedia for singers like us.He treated me just the way he treated his son, Charan. He gave me the space to pull his legs and make fun of him during live performances. Who else would do that? He was my guide in all spheres and my go-to person. It is so unfair to lose a legend like him during a pandemic and not be able to give him a deserved send-off.
Mano, singer

I think one can learn acting with time, but singing is special. You need exceptional talent to reach such heights. SPB was born with it. He is a jovial person who had little time to spare for nonsense. I am currently shooting in Jaipur, and yesterday of all day, during our road trip to Ajmer, all of us were discussing SPB and his songs. Throughout the trip, we were listening to his songs. It is a terrible loss, but he will live on in our memories and through his songs.
Radikaa Sarathkumar, actor

It’s sad. It’s a sad day. SPB sir had a lot more songs in him. It’s needless to mention that his versatility was what struck me and remained with me always. There was a thin line he would create as a difference when he sang for Kamal and Rajni and even Mohan. It was him but still, it was different for each one of them.I’ve interacted with him only a few times and this was when he dubbed for Kamal sir for the Telugu version of Vettaiyaadu Vilaiyaadu.

He was very strict about the tone and how he’d like to dub. I really like his Hindi songs too. Apart from all the popular and beautiful songs in Tamil and Telugu that we have all heard and grown up to and with, I used to trip on ‘Didi tera dewar deewaana’ with him coming in with ‘Bhabhi teri behna ko maana’. I still do. I love it.Gautham Vasudev Menon, director

Balasubrahmanyam’s first song in Kannada --  Kanasido Nanasido -- was for composer M Ranga Rao in Nakkare Ade Swarga in 1967. The singer, who earned a place in the Guinness World Records for singing maximum songs in cinema in one day, lent his voice to three generations of actors, including Anant Nag, Srinath, Vishnuvardhan, Ambareesh, Shivarajkumar, Ravichandran, Darshan, Puneeth Rajkumar, Sudeep, Yash and Ganesh. He was known for his striking ability to change his voice according to the artistes he was singing for. He also played a big role in the rise of singers like Rajesh Krishnan, Manjula Gururaj, B R Chaya, L N Sastry, and Nandita, among others. 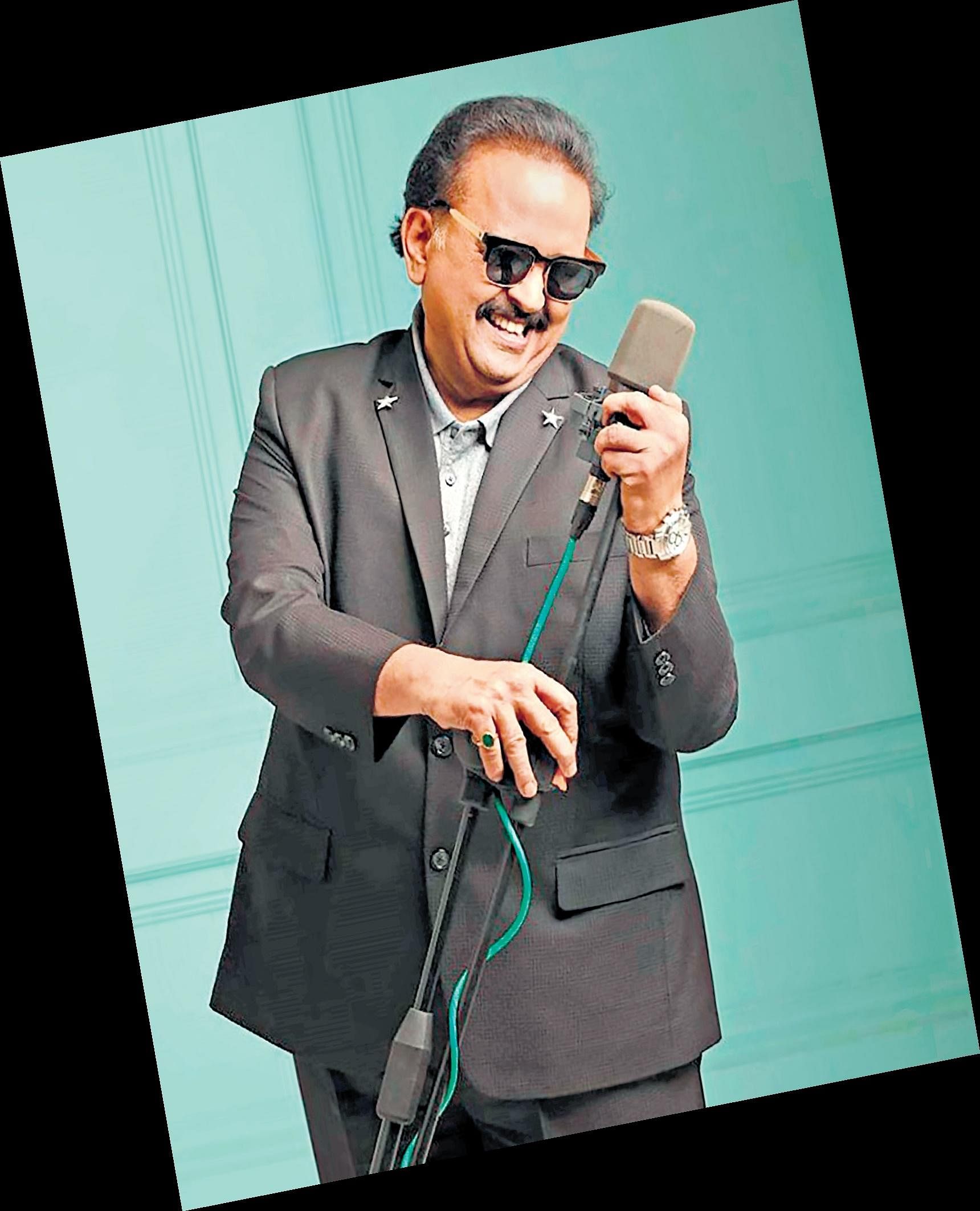 SPB’s last Kannada song was for the film Mayabazar in 2016, which was made under Puneeth Rajkumar’s PRK productions. Besides being a good singer, music director and dubbing artiste, Balasubrahmanyam was also an actor.

He was seen in 79 films, out of which 10 were in Kannada. His music show, Ede Tumbi Haduvenu, on ETV, also became a big hit. He rendered songs for almost all the music directors, with several popular creations made with Ilayaraja, Hamsalekha, MS Vishwanathan, MM Keeravani, and AR Rahman.

Remembering the master of melodies

Sang over 40,000 songs in total, of which 19,000 were in Kannada
Acted in 79 films, including 10 in Kannada
Got National Award for Sagara Sangamam
Got National Award for Kannada song Umandu Ghumandu in Sangeetha Sagara Ganayogi Panchakshara Gavai, which was composed by Hamsalekha, in 1995. He dressed like Mohd. Rafi to receive this award
First Bollywood song was for Ek Duuje Ke Liye in 1981

Trailer of Arvind Kamath's Arishadvarga to be out on November 12