Paatashaala song from Yuvarathnaa is like black coffee: S Thaman

Thaman shared candid details about the first song he composed for Yuvarathnaa, lyrics written by director Santhosh Ananddram, and revealed why they want to release the melodious track in 5 languages

Paatashaala, the fourth single from the Puneeth Rajkumar-starrer Yuvarathnaa, will be released on Wednesday, and the track is said to be the soul of the film. According to music director S Thaman, who has composed Paatashaala, the song was the root cause for the whole film to be formed. It was the first song composed for Yuvarathnaa, and the whole story developed from there, he says. “Paatashaala will make an impact. I consider it as an anthem. It is like black coffee -- each time you listen to it, it refreshes the mind, and gives hope. 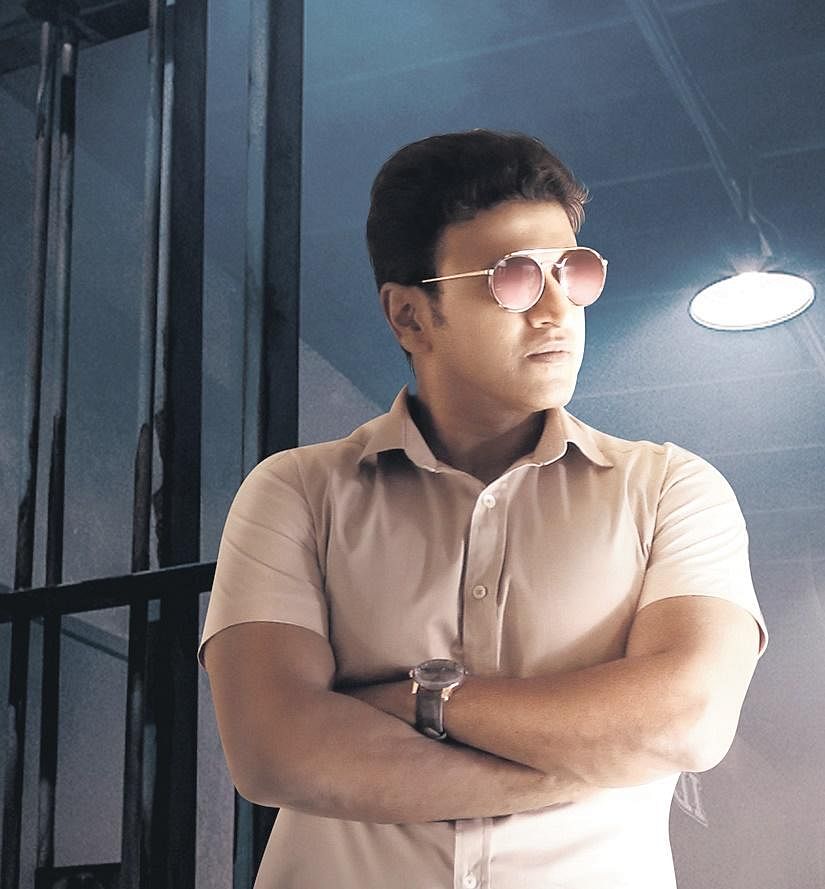 Whenever I feel down, I listen to this song, and get energised,” Thaman adds, pointing out that director Santhosh Ananddram has done well with the lyrics that have been sung by Vijay Prakash.
Though the film is being released in Kannada and Telugu, this song will be out in five languages. While Vishal Mishra has lent his voice for the Hindi and Telugu versions, Vijay Yesudas has sung it in Malayalam and Tamil.

“We want to release the song in these languages because we are confident that it will touch everybody’s heart. It will especially resonate with students and teachers, and bring back nostalgic feelings about college days for everybody,” says Thaman, adding, “I have never been to college in my life. I did my schooling until Class-6. From then on, I have been learning about humans, and my journey has been different. So what I had missed in my life, especially on the educational front, I have tried to visualise through this song. Personally, for me, Paatashaala would be more like a tribute to your guru.”

‘Shelf life of commercial songs is very short’
Yuvarathnaa has released three other songs -- Power of Youth, Neenade Naa, and
Oorigobba Raaja, which was the last one to get released. Thaman says they had taken a chance with the latter. “Oorigobba Raja was among the songs that were composed one-and-a-half years ago, and unfortunately, the Covid outbreak caused a lapse. So holding on to the life of these songs was tough for us because every six months, there is a change in the trend and we see new things coming. So Oorigobba Raja did not go well with a lot of audiences, and we accept its failure,” says Thaman.

He adds that the shelf life of a commercial song is very short. “It maybe six months at the most. Any commercial track, if composed in January, should be released in June. Otherwise, it will get stale. However, that is not the case with melodies, and Paatashaala will be a song that will stay for the next decade, and in future, it will be a song that will be played at every school and college farewell,” he says.

‘Yuvarathnaa will be one of the biggest films in Puneeth Rajkumar’s career’The music director, a well-known name in Telugu cinema, began his stint in Sandalwood in 1997. “I have travelled a long way in the Kannada film industry, “ he says, recalling the time when he started playing drums with music director Rajan-Nagendra. Over time, he has worked with a lot of music directors, including Hamsalekha and Rajesh Ramanath. “My brother-in-law is from Karnataka, and my mom’s cousins stay here,” he tells CE, calling Bengaluru his second home.

“I love the emotions of Kannadigas, and the passion they have for their heroes, which I see among fans of Puneeth, Darshan and Sudeep. Visnuvardhan is my favourite hero, and I look up to Dr Rajkumar. I had the opportunity to work for a couple of his films,” says Thaman, who is now looking forward to the release of Yuvarathnaa. “I have watched the final output, and I can confidently say that it is an exceptional product from Hombale Films. It will be one of the biggest movies in Puneeth Rajkumar’s career,” he adds.The film also marks the debut of Sayyeshaa in Kannada along with Dhananjay, and  Diganth among other in the cast.

Now we are on Telegram too. Follow us for updates
TAGS
Paatashaala S Thaman Yuvarathnaa