Puneeth Rajkumar’s calendar is full this year with back-to-back projects. CE digs into the details of each of his upcoming films

Puneeth Rajkumar’s Yuvarathnaa, directed by Santhosh Ananddram, is slated for release on April 1. Production house Hombale Films, which had initially planned a mega pre-release event in Mysuru, has now cancelled the plan. Instead, the team, along with the lead actor, plan to visit each district. Meanwhile, the makers are releasing a video song, Feel the Power, from the film’s album today.

The song which is said to be a dance number, has lyrics written by director Santhosh Ananddram, composed by S Thaman, and is sung by Shashank Sheshagiri. Produced by Vijay Kirangadundar, the film has Sayyeshha making her Kannada debut, along with Dhananjay, Diganth, Sonu Gowda as part of the cast. 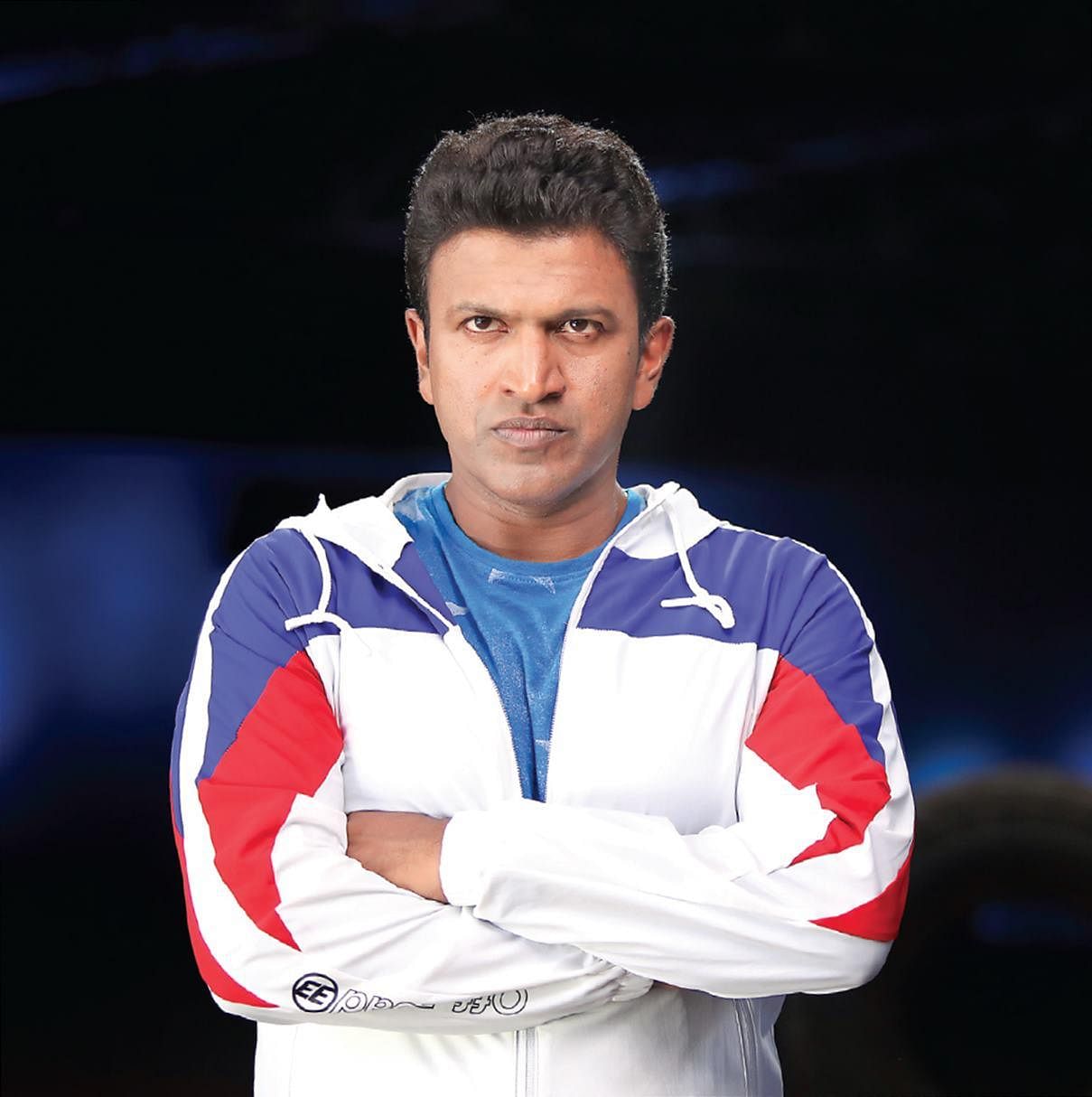 Bolobolo James
The Puneeth Rajkumar-starrer James, directed by Chethan Kumar, is now halfway through its work. The makers had recently completed a schedule in Kashmir, where they filmed a song, a fight sequence and few talkie portions. Director Chethan, in an earlier interview with CE, had said that the shooting experience has been exhilarating and has very interesting episodes to bring into the frame. The film, produced by Kishore Pathikonda, has Priya Anand playing the female lead. The team is coming up with a special birthday poster of Puneeth, to celebrate the occasion.

On a hat-trick combination
The Puneeth- Santhosh- Hombale Productions combo that has given a hit film like Raajakumara, is looking forward to the release of Yuvarathnaa, which is their third outing. This news has been confirmed by the director, and the project will go on floors after Puneeth completes shooting for James.

Fresh collaboration of actor-director
Puneeth will be collaborating with Saarathi director Dinakar Thoogudeepa, which will be bankrolled by Jayanna Films. This will be the third time that this trio of producers-- Jayanna, Bhogendra and Puneeth-- will be coming together. This is the 24th film to be made under their banner. The film’s shooting will begin this year, and according to the director, most of it will be canned in Bengaluru and will have huge sets. The team, which will officially make the announcement today, will be revealing further details about the technical crew, and cast and as and when they finalise on the film’s title.

Intelligence officer
Pailwaan director S Krishna will be directing Puneeth. An official announcement made on the actor’s birthday, described the film as ‘Espionage-- The war that never ends.’ This will be the second production coming from the director’s home banner and will be produced by Swapna Krishna.

Krishna’s yet-to-be-titled film will see Puneeth as a R&AW agent, and for this role he has been doing a lot of groundwork. This is going to be a commercial entertainers, but the story will depict things as close to reality. It revolves around how intelligence agencies are important to safeguard our country. The film will have cameraman Karunakar, Pallavi Rao, Deepu S Kumar, Sagargowda and Devaraj Subbanna.

Now we are on Telegram too. Follow us for updates
TAGS
Puneeth Rajkumar Santhosh Ananddram