Diaries is out and it’s already gone viral. But,  what caught the interest of the masses was the newbies, including lead actor Anthony Varghese.
And, director Lijo Jose Pellissery says he has a reason to cast new faces in all significant roles.
“In Angamaly Diaries, the hero is the story, and not the people. There is no such person as a lead actor or actress and the story is all about the people of Angamaly and their lives,” says the director. 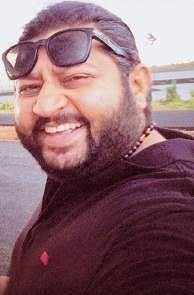 He adds that when he read the script by Chemban Vinod Jose, he knew the movie needed new faces.
“It was inevitable for the story. The subject thirlled me a lot,” Lijo says.
The director held many rounds of auditions before carefully choosing the actors.
So, how was it like to work with so many newcomers, considering the fact that most of his movies had popular actors in the lead?

“I didn’t feel much of a difference. They are all good actors. In fact, the excitement shared by the newcomers rubbed on me too. It was a fresh experience,” says Lijo.
He says that that it is not a conventional movie. That comes as no surprise because the director is always known for his experiemental  story-telling.

“I don’t want to be experimental on purpose. In fact, that  is what every story demands. Angamaly Diaries requires a certain style of making,” says the director.
Lijo’s last venture, Double Barrel, was known for its quirky and edgy style.  However, it met with a mixed response at the box office.