‘Ramaleela gave me a lot of appreciation’

Shajohn talks about his latest release and the controversies surrounding it

Shajohn confesses that his phone has been ringing non-stop post the release of Ramaleela. "After Drishyam, this is one movie that earned me a lot ofappreciation," he says.The actor, who played a young politician Thomas Chacko in the movie, says he loved the character instantly.

"I knew this was a winner the moment I read the script. I could relate to the role as an artist and a viewer.  The character I play was fleshed out well. Though there are comic elements, the character isn't placed there for the sake of comedy. 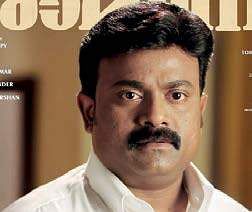 Thomas Chacko nurtures dreams and he doesn't mind pulling a few stunts to survive.  He is someone who goes through a lot of emotions. That way the character was a complete one," says  Shajohn who plays Ramanunni's Man Friday in Ramaleela.

But, the actor says how much ever good his work is, a character's success is proportional to the movie's  popularity.

"I might have done many good characters. But, nobody remembers them. The movie has to do well, for a character to get noticed. That way Ramaleela is a blessing. It had every ingredient of a winner, " says Shajohn.

But, what does he think of the controversies surrounding the movie?  "The contro versies are very unfortunate. Ramaleela was a well-made movie. Its good run is due to the effort the whole team put in ," says Shajohn.

‘I place my trust in Dileep’

Shajohn's name has been associated with controversies after Dileep was arrested for his alleged involvement in actor assault case. But, the actor says he places his trust in Dileep, for he has known the latter for a long time.

"I am not someone who is active on social media. So, when my friends informed me that rumours were doing the rounds that Dileepettan tried to ruin my career, I knew it was my responsibility to tell the truth. If anything, Dileepettan has only helped me a lot personally and professionally. I love and respect him. I believe he has a good heart and is not capable of such a crime. Being someone who has known him for such a long time, I believe all these allegations are wrong. I only pray that the truth comes out soon," says the actor.