KOCHI: Prolific Malayalam actor Kollam Ajith passed away here on Thursday morning. The actor had been suffering from a serious stomach ailment and died at a private hospital where he was undergoing treatment.He was known to Malayalam audiences primarily for the negative roles he played in films by directors Shaji Kailas, Bhadran and Joshy. He had also worked in a Hindi film, Virasat, directed by Priyadarshan. 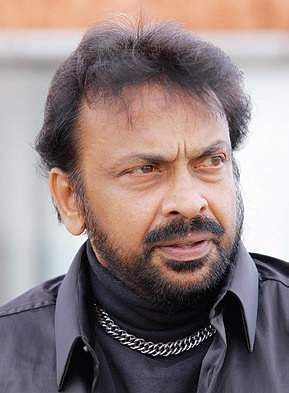 Ajith began his career in the 1980s with the Padmarajan film, Parannu Parannu Parannu, and rose in prominence for his roles in Shaji Kailas’ films such as Aaraam Thampuran. The director who worked with him on as many as six films, with the last being Simhaasanam, said, “I am deeply saddened. He is an actor we could have used more, and had the potential to do far more than the stereotypical villain roles he was often relegated to. When he made his directorial debut in 2016 with Calling Bell, we were all happy. He was actually working on his second directorial venture when he passed away.” After a pause, he added, “He kept his illness from all of us.”

In May 2013, when our reporter had gone to Kollam Ajith’s house in Kakkanad, Kochi, the latter evinced a lot of excitement about his directorial debut, Calling Bell. Our reporter remembers him describing the film’s first scene theatrically.“The film has a lot of messages,” Ajith had said, talking about the wastage of electricity, the dangers of alcohol and smoking, and the evils of dowry and casteism, among other issues. “Of course, there is always the danger of the audience rejecting it,” he had predicted accurately.

But Ajith was not to be deterred, and went on to work on his next film Pakal Pole. His aim was to make films in the style of his guru, the late Padmarajan, and directors Satyan Anthikad and Kamal. “They make simple films, and yet, there is a moving message,” he had said.

Ajith had been deeply influenced by Padmarajan. It was when he saw one of the director’s films in 1981 that he decided to take the plunge. He met Padmarajan, and joined him as an assistant.“But after a while, Padmarajan told me that I should try my luck as an actor because of my expressive eyes,” he had said. That’s how he came to do Padmarajan’s Parannu, Parannu, Parannu.Ajith went on to act in more than 500 films, mostly as a villain, in a successful acting career.He is survived by his wife Prameela and two children, Gayathri and Sreehari.

(With inputs from Shevlin Sebastian)