Kerala State Awards: The master composer is rewarded... after 50 years!

It was like any other day for veteran music composer M K Arjunan. Till he sat on his sofa in the living room at his home in Kochi and switched on the TV. 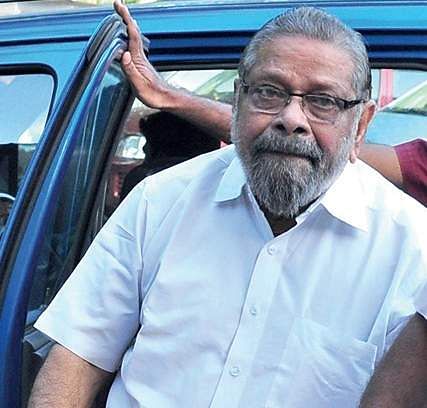 KOCHI: It was like any other day for veteran music composer MK Arjunan. Till he sat on his sofa in the living room at his home in Kochi and switched on the TV. Suddenly, it was announced he had won the Kerala State Award for Best Composer for the songs he composed for the film, ‘Bhayanakam’.

But what was lost in this buzz was it took 50 years for Arjunan to win his first-ever State Award. During that time he had composed the music for over 500 songs in more than 200 films. When this was pointed out to him, Arjunan burst out laughing. Then he regained his composure and said, “I have never thought about awards. For me, it has always been about the music.”

And it is also a fact, that many of his songs, like ‘Ninmaniyarayile’ and ‘Dukhame ninakku’, remain evergreen in the minds of listeners despite the passage of time.  As for ‘Bhayanakam’, the story was based partly on the novel ‘Kayar’ written by the late Thakazhi Sivasankara Pillai.

“Since the story was set in World War II,  the songs had to remind viewers about that period,” says Arjunan. “[Director] Jayaraj had given me a clear idea of what he wanted, but it was not very tough for me. I used the harmonium, tabla, violin, and other traditional instruments.”

Of course, he does feel a bit let-down about the music of today. “The audience likes fast-paced songs,” he says. “But the music is drowning the words, so we don’t know what the song is all about.”
Another problem is not much effort is expended to make a song.

“In earlier days, we would spend as much as five hours to record the song so  we could get it perfect,” he says. “Today, a singer only needs 15 minutes. The track is already there on the laptop. So, the beauty of the song is going down. I feel sad about this.”

Now we are on Telegram too. Follow us for updates
TAGS
MK Arjunan Kerala State Awards Best Composer