Dileep-Vyshakh project back on track?

Seems like Dileep has chosen director Vyshakh's upcoming project as his next.

KOCHI: Seems like Dileep has chosen director Vyshakh's upcoming project as his next. Though there were speculations that the two are coming together for a project, things have gained momentum after the actor was seen holding discussions with Rafi Mathira, the producer of the movie. 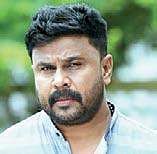 The rumour is that Benny P Nayarambalam is scripting the project and Dileep has expressed interest in the same. The team is currently working on the actor's dates and the shoot will begin once things fall in place. The film would be produced by Rafi Mathira, who also distributes Tamil movies in Kerala.

Vysakh and Dileep has earlier worked together in Sound Thoma (2012) which did well in the box office.

While Vysakh's last movie was the superhit Pulimurugan, Dileep's last project was Ramaleela, which did extremely well in the theatres.

Now we are on Telegram too. Follow us for updates
TAGS
Dileep Vyshakh Rafi Mathira Benny P Nayarambalam