Make-up artist Renjith Ambady taks about his experiences in the films, Thanmatra,  Palunku, Paleri Manikyam, How Old Are you? and Take-Off

KOCHI: Before the shoot of Thanmatra, make-up artist Renjith Ambady went with director Blessy for a script-reading at veteran actor Nedumudi Venu’s home in Thiruvananthapuram. As Blessy was talking about Venu's role, as Mohanlal’s 70-year-old father, Renjith did a trial make-up on Venu. “Venu Sir did not pay any attention to what I was doing because he was focused on listening to the script,” says Renjith. Thereafter, the visitors were invited to have tea and snacks in the dining room. “On the wall, I saw several black and white photos of Venu Sir’s family,” says Renjith. 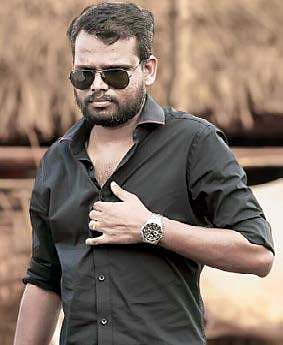 Suddenly, two family members of Venu asked Renjith whether he had ever seen Venu’s uncle. The make-up man shook his head and said, “This is the first time I am coming to Venu Sir’s house.”
Then they pointed at a photo of an uncle. He looked exactly like the way Venu did after the make-up session. “It was amazing, to me, to see the likeness,” says Renjith.

Renjith had a similar experience on the sets at Kattapana for Blessy’s Palunku (2006). He did the make-up of Jagathy who plays a lottery seller. When Renjith was growing up in Paravur, he had seen a lottery-seller who had sparse hair, but kept combing it all the time. So, he made a similar wig for Jagathy.
After the shoot, Jagathy asked the stills photographer to get him a large print. Renjith then asked Jagathy whether he took stills of the films he had acted in.

“I was curious to know since he has acted in more than a thousand films,” says Renjith. Instead, Jagathy said, “This is the first time I am asking for a still. I like this wig a lot.” For Renjith it was a supreme moment. “It was almost like I had won a national award,” he says.

Another actor who was impressed with Renjith’s work was superstar Mammootty, when they worked together for the film, Paleri Manikyam (2009). Mammootty played three roles, of which one was of a feudal landlord called Murikkum Kunnathu Ahmed Haji. For this role, Mammootty needed to wear a wig of white hair. But he did not like the idea of applying glue and attaching the wig to the forehead. So Renjith had to think of another way.

For days he could not find a solution, till, one day, inspiration struck. “The character wears a Muslim cap,” says Renjith. “So, around the cap, I stitched the white wig. During the shoot, all Mammootty Sir had to do was to wear the cap. So there was no need to paste the wig. Mammootty said, ‘This is a very good idea. Where did you get it? On Google?’”

But there were tough moments too. Just before the shoot commenced for Manju Warrier's comeback film, How Old Are you? (2014), directed by Roshan Andrews, Renjith was travelling at midnight towards Kuttikanam to reach the location of 7th Day. Unfortunately, he hit another car and fractured his right hand. So he immediately called Roshan and said that he would not be able to work in the film, as it would take one month for his hand to heal.

Then last year, because of a persistent pain in his leg, which was caused by an accident a long time ago, the doctors decided to attach the bones with a screw. “As a result, I could not work for three months,” says Renjith. Just after he recovered, he got a call from the makers of Take Off.

But when he arrived at the set, producer Anto Joseph smiled and told Renjith, “In the early discussions, when your name came up, everybody felt that you would not be able to commit to a long shoot and that you would go away now and then to work on other films. But when we heard that you had been home for three months, we felt that since your leg was still healing, there was very little chance you would have got another movie quickly. So, we felt that you will be with us throughout.”

The shoot lasted for a year and it turned out to be a fruitful one for Renjith. He has just won the Kerala State Film Award for Best Make-up Artist for Take-Off.

Now we are on Telegram too. Follow us for updates
TAGS
Renjith Ambady Thanmatra Nedumudi Venu Mohanlal