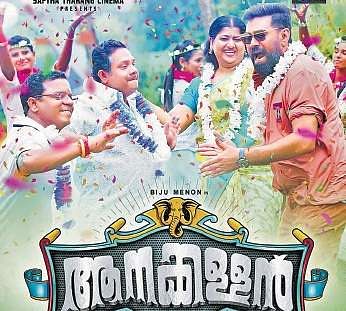 After Padayottam, Biju Menon will be once again seen in a comical role in the upcoming Aanakallan. Directed by Suresh Divakar and scripted by Udaykrishna, the film is set for an October release. Saptha Tarang Cinema, which backed the recent Jayaram-starrer Panchavarnathatha, is bringing Aanakallan to theatres.

Alby is handling the cinematography, John Kutty the editing, and Nadirshah the music.

Now we are on Telegram too. Follow us for updates
TAGS
Biju Menon Aanakallan