Kangana Ranaut’s lawyer Rizwan Siddiquee has issued a fresh legal notice to the Entertainment Journalists’ Guild and the Press Club of India for supporting PTI reporter Justin Rao. The notice accuses both organisations of lending ‘wrongful, immoral, unethical and illegal’ support to the journalist.
On Sunday last week, Kangana and Justin were engaged in a verbal altercation at a promotional event. 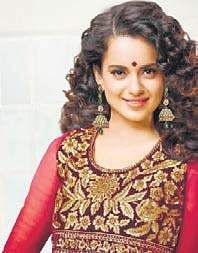 Kangana had refused to take his questions and accused him of conducting a ‘smear campaign’ against her.
Her conduct was criticized by the Entertainment Journalists Guild (EJG), who demanded an apology from the actor and announced a boycott against her.

Kangana, in response, called a section of the press ‘anti-national’ and ‘professional trolls’ in a video. Her statements were slammed as ‘uncivilized, uncultured, filthy and abusive language’ by the Press Club of India, who extended their support to ban. The decision was also supported by the Mumbai Press Club and the Television Journalists Association.

The legal notice, which includes screenshots of online posts made by Justin, accuses him of violating the ‘Norms of Journalistic Conduct’ and provisions of the ‘Press Council of India Act, 1978’. It also accuses him of criminal intimidation and defamation against the actor.

Questioning the legal standing of the involved press bodies, the notice threatens to initiate strict proceedings and other actions ‘seeking huge compensatory (monetary) damages.’
“She (Kangana) is hereby through me, giving you one last and final opportunity to rectify all wrongs so committed by you within 24 hours, failing which all actions as may be initiated by my client under constrain shall be entirely at the risk, costs and consequences of the board members of your organisation,” Siddiquee writes. The EJG is yet to respond to the notice.