We had reported earlier that Samyuktha Menon will be teaming up with Tovino Thomas again in Kalki.

We had reported earlier that Samyuktha Menon will be teaming up with Tovino Thomas again in Kalki. It was recently revealed that the actor is playing one of the film’s main villains and not the protagonist’s love interest. Samyuktha made her first film appearance alongside Tovino in Theevandi. 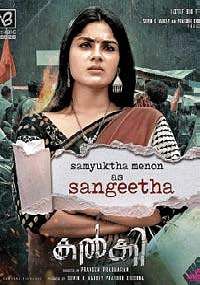 Kalki, which has Tovino playing a police officer who takes charge in a violence-prone area, is scheduled to release on August 8.

The film is a reunion of sorts for Tovino as some of the film’s cast and technical crew have previously worked in Theevandi as well, including director Praveen Prabharam, who was the associate of its director Fellini TP.

Now we are on Telegram too. Follow us for updates
TAGS
Samyuktha Menon