Released by Tovino Thomas on his Facebook page, the poster comes with a QR code and features a robot with a picture of Soubin on its chest.

Soubin Shahir’s Android Kunjappan ver. 5.25 is getting ready for release, and the makers have come up with a unique first-look poster of the film which is being touted as a family drama with science fiction and comic elements. The female lead is played by newcomer Kendy Zirdo. 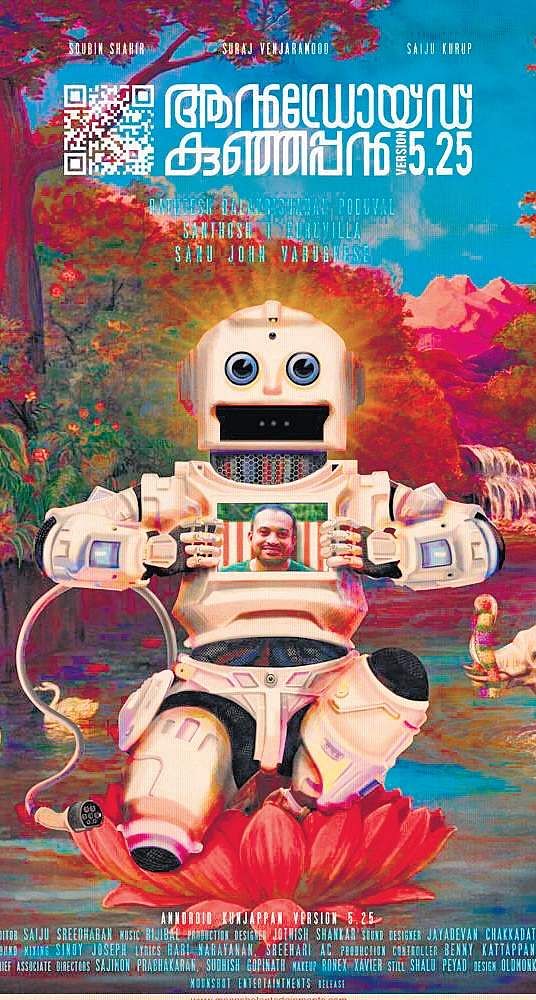 Released by Tovino Thomas on his Facebook page, the poster comes with a QR code and features a robot with a picture of Soubin on its chest. The intriguing image draws inspiration from Raja Ravi Varma’s iconic painting of goddess Lakshmi and a defining moment from Ramayana where Lord Hanuman opens his chest to reveal a picture of Lord Rama and Sita. The QR code redirects visitors to the website of the film’s production house.