Editing is another stage of writing for me:  Mahesh Narayan

The filmmaker behind Take Off and the upcoming Malik shares his thoughts on his working process, the evolution of screenwriting in Malayalam cinema and being an editor in the digital age

Director Mahesh Narayan’s second film Malik, his second collaboration with Fahadh Faasil after Take Off, was supposed to release sometime this month. As it is one of the highly anticipated releases currently put on hold due to the coronavirus outbreak, we felt it would be more apt to talk about the editor-filmmaker’s working process instead.

Excerpts from an interview:

Since editors and cinematographers have more command over the visual medium as opposed to a screenwriter, did you find it easier to pitch ideas when you decided to make your directorial debut with Take Off?

I felt just like any other debutant, actually. Before working on Take Off, I took a break of a year-and-a-half from my editing duties to concentrate on the writing and pre-production process. It’s difficult for me to balance both editing and directing. Pre-production takes a lot of effort, especially when it’s a commercial film and you want to ensure that the producers get back the money they invested. That’s not the case with an indie film. 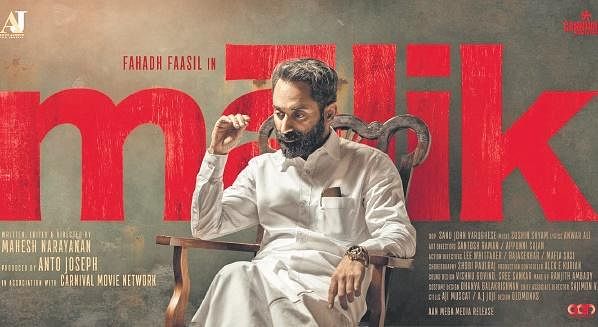 It’s not every day that we see someone starting off with a film that is politically and logistically complex.
Right. The subject appealed to me and then I had to find a way to make it commercially viable. But we shot Take Off like a small-budget film—meaning it looked relatively likely a small-budget film back then. We shot it under 50 days, which we were able to do because the pre-production work was perfect. Besides, now it’s a good time for Malayali filmmakers to tell a story without any corporate interference. This is why I prefer working in Malayalam. There are not many restrictions from the producers’ side. We have enough freedom here. The budget may be limited, but there is a level of discipline that comes with that.

Do you feel that the time taken to write a script has any bearing on its quality?
Well, that depends. If you look at the writers of some of the early classics, there have been instances where someone finished writing a film in 10 days. But they were used to that because they developed the habit of writing every day. Today, cinema has become more visual. The 80s and 90s were more about dialogues—barring exceptions like Padmarajan films.

Visually enhancing elements were lacking even in the films of those with a literature background. It was through dialogues that characterisation and character graphs were formed. And because there were budgetary constraints, the only way to get it done was through dialogue-driven scenes. That has changed now. Today’s filmmakers are driven to tell stories visually. It all depends on a writer’s processing time and the scale of their material.

Do you have the actors in mind when you write?
Never. I prefer going to an actor with completed screenplays, not stories. My narration is in real-time, i.e the duration of a feature film, and I must have perfect clarity before approaching an actor. My choice of an actor depends on whether I can complete the story while narrating it to them. If I can’t, then I have to go with someone else. Spontaneous feedback is important to me.

So you don’t believe in developing a script while concurrently consulting an actor?
That’s something I can’t do. I’d rather have it as a fully grown thing inside me than have it grow much later. We should be able to figure out the flaws in our script early on. I give all my actors and technicians a copy of my script so that they can understand what the other person is doing or how much time they would require to get something done.

You started editing in celluloid. Do you feel the transition to digital has made things tougher for editors in general?
Change of medium doesn’t make much of a difference. Digital gives the freedom to shoot more footage, and it’s fine as long as there is some clarity about what is needed and what is not. But when there is not, it’s difficult for everyone involved. Some of my editor colleagues have stopped working because they think it’s absurd to work with a lot of footage just for a tiny scene. One also has to take into account the fact that editors don’t get paid as much as actors or directors. Selecting the right shots and angles from the footage is equivalent to writing a screenplay. It’s a time-consuming process.

Some say a film is made in the writing stage while others say it’s the editing stage. Do you write your scripts from an editor’s perspective or have you had moments where, during the editing process, you realised that your calculations didn’t go exactly the way you had planned?

Editing is just like another stage of writing for me. My final draft happens in the editing process. Naturally, some things may change. A script is essentially a blueprint. Changes may sometimes be dictated by the locations or the actors’ performances. What doesn’t change, however, is the basic content and emotions. It’s imperative to have a proper visual of the entire film in our heads. If we don’t, it won’t excite us as much. There is no point in doing it then if we feel detached from the material. This applies to all the filmmaking departments—lens, lighting, performances, and so on.