We recently reported that director Jeethu Joseph is working on a dif ferent thriller before he can continue with the shoot of his Mohanlal- Trisha starrer Ram. 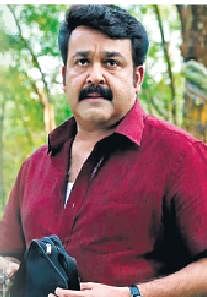 We recently reported that director Jeethu Joseph is working on a different thriller before he can continue with the shoot of his Mohanlal- Trisha starrer Ram. In a surprising bit of news, the director has revealed that it is none other than a sequel to the 2013 hit, Drishyam. At one point, reports of a sequel had been doing the rounds on the internet. As the shoot of Ram has been put on hold due to the global pandemic-related restrictions, Jeethu has finally decided to put the sequel plan in motion.

Jeethu confirmed to us that it will be a direct sequel to the original, and will continue the story of Georgekutty, the character played by Mohanlal in the first one. Jeethu will be retaining some of the primary characters from it while adding new names to the secondary cast. Mohanlal has also confirmed his involvement by sharing a motion poster on the occasion of his 60th birthday. The story details are currently being kept under wraps. The sequel will be backed by Antony Perumbavoor, who also produced Drishyam. The team will be shooting in Kerala for 60 days while maintaining some restrictions once the lockdown is lifted.