After B Tech and Instagraamam, Mridul Nair has teamed up with Arjun Ashokan again, this time for a music video titled ‘Kaliyanne’.

After B Tech and Instagraamam, Mridul Nair has teamed up with Arjun Ashokan again, this time for a music video titled ‘Kaliyanne’.‘Kaliyanne’ is a common word used by people in North Malabar and represents their emotions and attitude. “During the pandemic year, we yearned to make a track which resonated with the people in Kerala and beyond. We wanted to give them a happy, peppy song to sing and dance to, and perform with their free spirit in the coming year,” said Mridul. 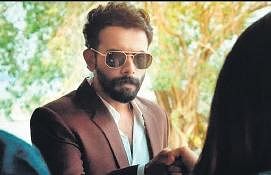 The filmmaker added that he wanted to portray the “reflection of a society that is independent and liberal on one side, but decaying and retrogressive on the other.” The song is a combination of Techno, Rap, Psychedelic and our very own Dappan Kuthu. “The lines may seem simple and silly but have deeper socio-political undertones,” shares Mridul. “The song is meant for people who like to hum, groove and also think.”

Produced By Dr Leena S, the wacky 8-min video was filmed by Manoj Kumar Khatoi and scripted by J Ramakrishna Kulur. Choreography is by Rishdhan Abdul Rasheed and editing by Babu Rathnam. Nimesh Thanur handled the art department.  Mridul Nair, Ganapathy, and Arjun Ashokan lent their voices to the fun lyrics penned by Mridul and the additional lyrics by Vaisakh Sugunan. Nikhil Ramdas composed the music with contributions from DJ Sekhar.

Now we are on Telegram too. Follow us for updates
TAGS
Arjun Ashokan Mridul Nair