Deira Diaries to premiere on Neestream

Abu Valayamkulam and Shalu Rahim-starrer Deira Diaries will be released directly on OTT via Neestream on March 19.

Abu Valayamkulam and Shalu Rahim-starrer Deira Diaries will be released directly on OTT via Neestream on March 19. The film, which was shot entirely in the UAE, was written and directed by Mushthaque Rahman Kairyaden and produced by Madhu Karuvath. 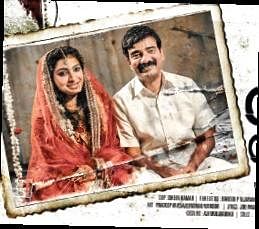 As per the makers, Deira Diaries tells a story of a 60-year-old Malayali who spent four decades as an expatriate in the Gulf and the direct and indirect influence he has had on different individuals. It is said to be distinct from the usual Gulf-based dramas made in Malayalam.

Now we are on Telegram too. Follow us for updates
TAGS
Shalu Rahim Abu Valayamkulam Mushthaque Rahman Kairyaden