Directed by Rohith VS, the film is expected to be different from his previous efforts.

The makers of Tovino Thomas-starrer, Kala, has updated that the film has cleared censors with an ‘A’ certificate. It is slated to release on March 25 with no cuts. Directed by Rohith VS, the film is expected to be different from his previous efforts. The promos hint at a raw, gritty and violent film. 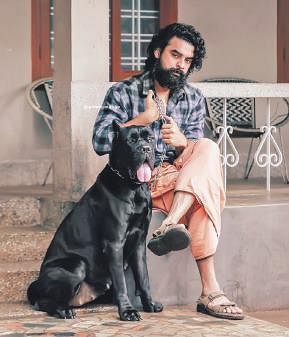 In an earlier conversation with us, Rohith had told us that Kala has fear as the central theme and has Tovino playing an egotistical family man with macho characteristics. “It has a creepy atmosphere throughout, and I believe this quality lends itself well to the theatre experience,” he said.

Kala is a relatively low-budget venture bankrolled by Siju Mathew and Navis Xaviour under the banner of Juvis Production. Divya Pillai, Lal and Sumesh Moor essay the other key characters. Akhil George, who also shot Rohith’s last two films, has cranked the camera for Kala too. Chaman Chacko is the editor.

Now we are on Telegram too. Follow us for updates
TAGS
Tovino Thomas Kala