For some of us, school is a feeling, not a place.

For some of us, school is a feeling, not a place. The friends, mischief, lunch breaks, teachers, memories are abundant. Those who studied in government schools claim their experiences to be funnier. Resonating with the same, ‘Govt. High School Vattaparambu STD 10 C’ is a web series determined to send the viewer down memory lane. The series narrates the story of students of Class X C, branded as the worst class in the school. 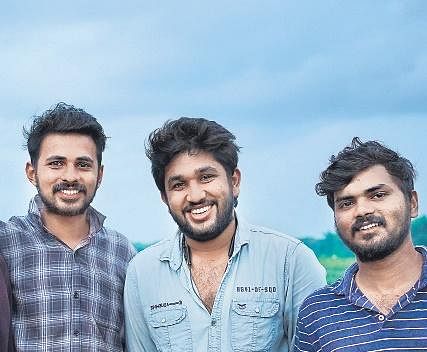 The series is directed by Anki Bros (Sanvin Santhosh, Ashish Joseph, Rahul Rani Chandran), who are thick friends dreaming of a filmy future. “In every school, there will be a batch disliked by the teachers. The series doesn’t have a specific storyline instead, each episode narrates the experiences of a student or the incidents happening within the class,” says Sanvin.

The directors have included a mix of characters in the series. “The class comprises geniuses, those who come to school to find their love-interest or a few who are constantly sniffing for a fight. The director said several incidents have been inspired by their personal moments. “We have used many of our friends’ nicknames and traits in the characters,” he says.While Sreerag Raveendhran cranked the camera, Ashish Joseph handled the editing and Sunil Lazer worked on the music.

Sanvin mentions his true intention behind a series that focused on school incidents. ‘Such videos are very relatable. Also, the closure of schools due to the pandemic has affected several students who miss their school and friends. We wanted to recreate the classroom. We received many messages appreciating the nostalgia around the series,” says Sanvin.

The series was shot in Annamanada, Thrissur, in 22 days on a limited budget. “We cast some children we knew. The rest was selected through audition and a camp was conducted to make them familiar with their character,” he says. Four episodes have been released and the team plans to wrap up the series after the fifth one. “We’re currently working on two film scripts now,” he adds.