Prithviraj on the editing process of Kuruthi

Prithviraj Sukumaran has shared that his upcoming production venture Kuruthi, which he also stars in, had adopted an online (on the set) editing process.

Prithviraj Sukumaran has shared that his upcoming production venture Kuruthi, which he also stars in, had adopted an online (on the set) editing process. Interestingly, Akhilesh Mohan, the spot editor of Kuruthi, is also its principal editor. 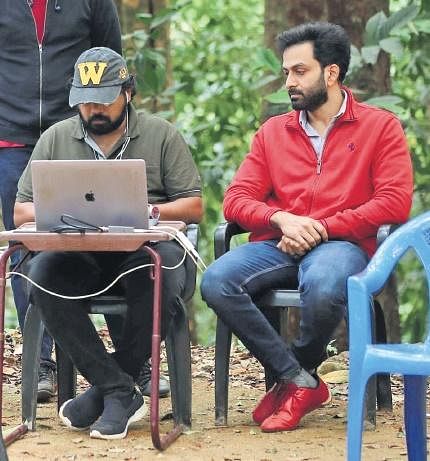 In a brief note, Prithviraj shared that unlike in most spot edits, the on-set edited version of Kuruthi was “pretty much” the final cut of the film. “Jakes  (Bejoy)was working on the score as we shot... and the entire post-production apart from the final Atmos mix of the film took less than a month. Back in the beginning of 2021, when we wrapped the film, we hoped it would hit theatres very soon. We are still waiting.. as is the world around us.. for better times.”

Billed as an action thriller, Kuruthi had completed filming in less than a month, followed by a fast post-production process.  The film also stars Roshan Mathew, Murali Gopy, Srindaa and Mammukoya, among others.

Now we are on Telegram too. Follow us for updates
TAGS
Prithviraj Sukumaran Kuruthi