'Next Enti' movie review: Rambles in the name of love

The writers of this movie mistook their urge to write a self-help book about heteronormative relationships and made a movie instead.

Umm... But where was the movie? That’s pretty much what you feel by the end. Next Enti is a collection of conversations; between father and daughter, between friends, between a girlfriend and boyfriend, between exes and between unrequited lovers. Was there an attempt to squeeze in a story into all of this? Well if there was, it was trying desperately to not show itself. 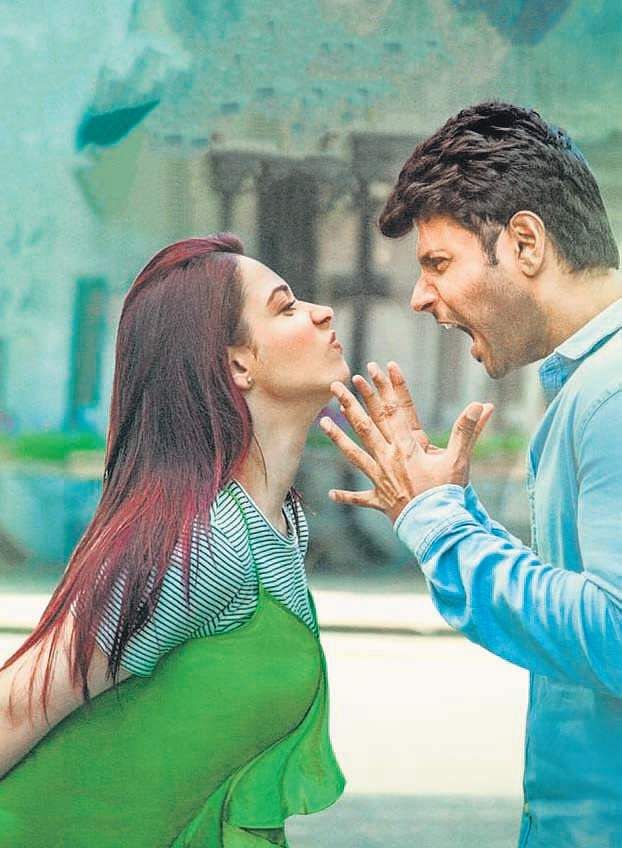 Tammy Prakash opens the film by dreamily talking to the audience about how she perceives love. Enter Sanju, who knows his way around women. They instantly click and break up after a song montage. They fight because Tammy isn’t ready for sex “even after six months of being together” but Sanju thinks that’s the only way to take their relationship to the next level. While that’s a huge red flag, there’s also his confession that he met Tammy’s ex to find out that they “did” it only after three months and that he already lied to his friends that he had sex with her. They break up. And this is the first thirty minutes of the film. Many song-montages, explicable new characters, and – yes, you guessed it right – a lot of long-winding philosophical banter later, Tammy and Sanju get back together. The End. Phew.

Next Enti  is a tedious collection of “All you girls/ boys are ...” and “relationships ante...” The statements passed are stereotypical, toeing on sexism on both ends and sometimes flatly wrong. Meanwhile, Sundeep Kishan and Tamannaah’s chemistry is strange and somehow unappealing. Although the situations that the characters were in were interesting, they were played out theatrically and failed. The ordeal however looked beautiful with the locations, and impressive camera-work. That too gets nauseating after a while. I could have just looked at wallpapers instead.

Some may say that conversations are what drive the characters. But I would have agreed if I understood the characters better after two hours of non-stop rambling. By the end you know nothing about Tammy’s or Sanju’s actual personality. Sanju apparently has a big reformation by the end, but you just don’t see it. None of them behave, they only talk. The yada yada bores you to death as you wait for something to happen.

The writers of this movie mistook their urge to write a self-help book about heteronormative relationships and made a movie instead. Well, I can only believe that even then, it’d have been the same convoluted fail.

Stay up to date on all the latest Entertainment Review news with The New Indian Express App. Download now
TAGS
Next Enti Tamannaah Bhatia Sundeep Kishan